Why America's Navy Could Use A New Battleship 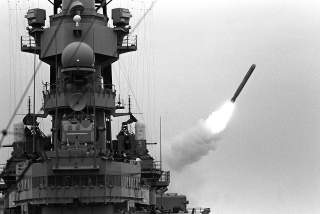 In World War II, the Japanese super battleships Yamato and Musahi each mounted nine 18.1-inch guns, the largest naval guns ever deployed, but they never sank a single American ship. In a conflict decided by naval aviation, Yamato and Musahi were used mainly as flagships and troop transports. Despite their huge armaments, they were steel dinosaurs from an earlier strategic age.