Why Is Boeing Done Making 747 Airliners? 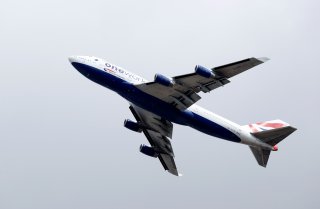 The Boeing 747 is the quintessential “jumbo jet.” It was Boeing’s first aircraft to feature two aisles instead of one and is one of the first modern jets to feature an extra upper deck. In an era previously marked by civilian twinjets—and occasionally trijets—the airliner was one of the earliest quadjets, featuring two engines on either wing—a virtual necessity considering the weight of the cabin between them.

The first 747 left Boeing’s enormous Washington factory in September 1968. It flew in February 1969 and entered service with Pan Am by 1970. A series of upgraded versions were created throughout the 1970s—the 747-200 in 1982, the 747-300 in 1983, and the 747-400 in 1985. Each addressed problems with the initial aircraft, including tremendous fuel inefficiency, complicated operations, and its reliance on a three-pilot crew instead of the usual two-pilot crew. More recently, the 747-8, the largest variant to date, was officially launched in 2005, entering service in 2011.

More than fifteen hundred 747 airliners have been built by Boeing since its inception. Nearly every major flag carrier airline around the world has operated the 747 airliners. In the United States, it is instantly recognizable as the base plane for Air Force One. Unfortunately, the airplane’s days are numbered; after fifty-four years of development, Boeing has announced that it will cease manufacturing 747 airliners in 2022. It will be redirecting its resources to the 787 “Dreamliner” and resolving remaining issues with the 737 MAX, which has a tarnished reputation following two high-profile crashes in 2019.

Even before the onset of the coronavirus pandemic, which led to reduced demand for travel and threw the airline industry into turmoil, the airplane’s future was uncertain. The most significant problem with the airplane has been structural; it was designed for an air transport system reliant on a central hub, which has been phased out and replaced by a system with many point-to-point connections.

Another major problem has been the increase in fuel costs. This has been one of the most volatile costs impacting the airline industry. While all fuel costs are the same, heavy quadjets like the 747 and 737 airliners are far less efficient than lighter twinjets.