Why China Would Surely Lose a War Against America 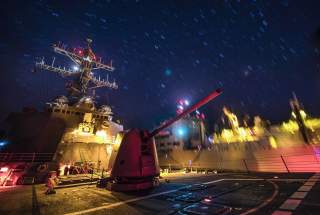 What I am saying: America has one heck of a head start in such a contest.

Let’s not mince words: a U.S.-China war would be hell on earth. It would likely start World War III. Millions— maybe billions— of people would die if nuclear weapons were ever used in such a conflict.

The global economy would likely face ruin— that’s what happens when the world’s biggest economic powers start shooting at each other. Thankfully the chances are remote it will ever happen. Yet, the threat of such a conflict remains thanks to the many different pressure points in the U.S.-China relationship. Forget the challenge of ISIS, Ukraine, Syria or whatever the flavor of the moment is. The U.S.-China relationship— and whether it remains peaceful or not— is the most important challenge of our time. Period.