Why Is China's Navy Studying the Battle of Guadalcanal? 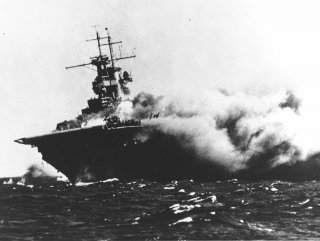 Readers may take some reassurance from the Chinese Navy analysis of the Guadalcanal campaign in that the PLA does not seem to be enthralled with the so-called "cult of the offensive” that can commonly afflict military organizations.