Why Consumers Are Confused by Different Streaming Services 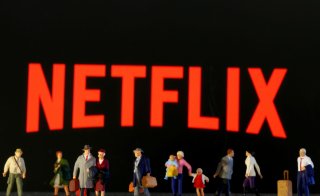 While the streaming era has led to a ton of content easily available at viewers’ fingertips, it’s been a frequent complaint of many streamers that it can be hard to keep track of which streaming service is which, and which shows are available on which one.

That’s in line with the findings of a recent survey from research firm Horowitz Research.

“The data show that streaming now supplants MVPD services in penetration and is closing in on time spent by viewers,” the firm said in its announcement of the survey. “Along with dominance comes accountability. Consumers are feeling the pain of chaos (too many streaming services) and fatigue as content is unpredictably fragmented across numerous, access-restricted streams.”

The survey from Horowitz Research found that in the last three years, those who subscribe to any streaming services jumped from 50 percent to 74 percent. And while 15 percent of those surveyed subscribed to any vMVPD at all in 2018, that number reached 21 percent this year.

For Pay TV, over one-third of subscribers surveyed have cut the cord in the last two years, with the pandemic often cited as the reason why.

“As had been reported in past waves of this survey, being able to access live TV content, watch episodes of shows on the day they air, and having access to news continue to be important to TV content viewers when making subscription decisions for their household,” Horowitz Research said.

“This could position cable as well as broadcast to hold its ground, if not rebound somewhat, going forward. However, while news content (local and national broadcast and national cable news) remains as important this year as before, fewer consumers consider the immediacy of access to content a factor in their subscription decisions.”

Among TV content viewers interviewed by Horowitz, 50 percent answered that there are too many streaming services, while 49 percent of those asked believe that “it’s hard to know what shows are on which streaming services.” Another 44 percent say they “often have a hard time finding something to watch.”

“We are at a very interesting, pivotal moment. In the early days of streaming, many media companies were concerned that their network brands no longer mattered in the new ecosystem, with so much content from so many networks consolidated and commoditized under the Netflix umbrella,” Adriana Waterston, senior vice president of insights and strategy for the firm, said in the release.

“With this shift towards a direct-to-consumer approach, brands matter once again—a win-win for driving both subscription and advertising revenue.”

“Our benchmark study explores the challenges and opportunities of the Pay TV environment, including MVPDs, vMVPDs, and SVODs. This study examines what services TV content viewing households are using and paying for, how viewers are bundling traditional and new services, drivers for subscription, satisfaction with video services, and more,” the company said in the survey.

Another recent survey, from Nielsen, showed that streaming has overtaken broadcast television when it comes to usage, although both are still behind cable. Cable had the most, with thirty-nine percent, followed by streaming with twenty-six percent and broadcast with twenty-five percent, with the category of “other” taking up nine percent.

“The past year has categorically shifted the television viewing landscape. Even as people begin to dive back into their pre-pandemic activities, based on the changes many made to enable streaming coupled with the variety of newly introduced services, we expect people to keep sampling and exploring their options,” Nielsen’s Brian Fuhrer, SVP, Product Strategy, said in the release.

The Gauge, the new measurement tool introduced by Nielsen, made another big bit of news last week- it was endorsed by Netflix co-CEO Reed Hastings, who had previously resisted third-party measurements of Netflix’s audience.

There was one more look at the streaming services published this week. Buffering, the newsletter authored by New York Magazine’s Joe Adalian, offered a report featuring observations by various Hollywood players into the different services and what it’s like to work with them.

“The agents, studio execs, Wall Street analysts, and PR insiders I surveyed were blunt about which services they think are working, which ones need help, and whether any of them should just call it quits,” Adalian wrote.

The observations included the following:

Netflix is “still respected and admired, there was a constant refrain from respondents that it had also become generic and uninspiring as it enters its teenage years.”

HBO Max is the “it” streamer of the moment, despite its confusing start and recent change in ownership. One analyst said that “This service is really underrated — just always great content, the best library, and more to come.”

Peacock has been called a “joke,” since they spend so little money, with an agent describing it as “a non-factor for me, my clients, and the biz.” An analyst called Peacock “completely irrelevant to date beyond WWE and English Premier League.”

On Hulu, one source called it “totally uninteresting,” while another opined that “Disney doesn’t need two expensive streaming services.”

Opinion was more positive about Apple TV+. “The arrow’s going up. I was dubious, but they’ve done a good job. They’re one massive hit away from becoming real,” a studio executive said.

Disney+ was described as “The most important streamer now, and in the future.”

Amazon Prime Video was called “a pain in the ass to deal with.” The service was also criticized for its mishandling of the recent “Underground Railroad” show from top filmmaker Barry Jenkins. The show, an executive said, “was like a tree falling in the forest, with no one to witness.”