Why Doesn't Russia Have Air Superiority Over Ukraine? 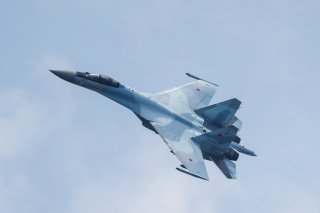 Air Superiority, defined as the ability to conduct air operations "without prohibitive interference by an opposing force," was crucial in the D-Day invasion during the Second World War. Moreover, during the 1991 Persian Gulf War, air superiority was achieved in the earliest hours of the conflict. In the 2003 invasion of Iraq, coalition forces were able to achieve air supremacy, meaning that there was virtually no opposition in the skies.

Since launching its attack on Ukraine last week, Russia has not fully utilized air power to support its ground forces, and U.S. officials have been unable to explain why.

"They're not necessarily willing to take high risks with their own aircraft and their own pilots," a senior U.S. defense official said on Tuesday.

"The airspace over Ukraine continues to be contested. The Russians do not have air superiority over the entire country but there are areas where they have more control than others, and the same goes for the Ukrainians," a senior Pentagon official told reporters, according to a Pentagon transcript.

Ukraine's air force has continued to make limited sorties, and its air defenses are still deemed to be viable, despite the fact that Russia's military has a significantly larger force. Simply put, it may be that Russia doesn't want to risk any of its high-value combat aircraft, believing that it can win on the ground alone.

Russia launched its attack in the early hours of February 24 and successfully blinded the Ukrainian Air Force by taking out Ukraine’s main ground-based early warning radars. Strikes also destroyed a number of long-range S-300P surface-to-air missile batteries and even hit some runways at major bases. The initial attacks were very much like many of the U.S.-led interventions since the end of the Cold War.

All of that seemed to be straight out of the playbook used in almost every military conflict since 1938, noted a report from the RUSI think tank in London.

RUSI argued that "with its early warning chain blinded and some runways cratered, the [Ukrainian Air Force] was left vulnerable to raids by strike aircraft like the Su-34 with guided munitions, or even multirole Su-30 fighters with predominantly unguided munitions. If present in significant numbers, escorting Su-35 and Su-30 fighters would have overwhelmed the Ukrainian fighters, even if they did manage to take off for sorties conducted at very low altitudes with limited situational awareness. This did not happen."

Instead, 300 modern Russian aircraft—which had been positioned for such an attack—have remained grounded. That allowed Ukraine to conduct its own low-level defensive counter-air and ground-attack sorties, which appear to have had some successes in intercepting Russian attack helicopters.

"There's a lot of stuff they're doing that's perplexing," Rob Lee, a Russian military specialist at the Foreign Policy Research Institute, also told Reuters. "Because every day it goes on there's a cost and the risk goes up. And they're not doing that and it just is really hard to explain for any realistic reason."

A Lack of Munitions?

In addition to perhaps not wanting to risk its highly expensive combat aircraft, RUSI suggested that Russia's supplies of air-delivered precision-guided munitions may be limited. Years of combat operations in Syria may have further depleted it and that may mean that the bulk of Russia's combat aircraft may only have unguided bombs and rockets available.

In addition, Russia’s lack of targeting pods to spot and identify battlefield targets from a safe distance could have limited the role that the aircraft can play in close air support. Tragically, Russia’s unguided bombs could be employed against urban centers.

Another possibility is that because Ukrainian aircraft are still flying, the Russian Air Force isn't confident in its ability to safely deconflict large-scale sorties with ground-based SAMs. A final consideration could be that Russian pilots simply don't have the flying hours for such complex combat operations.

"VKS (Russian Air Force) leadership may be hesitant to commit to large-scale combat operations which would show up the gap between external perceptions and the reality of their capabilities," RUSI's report added.