Why Donald Trump Should Think Twice About Moving U.S. Troops from Germany to Poland 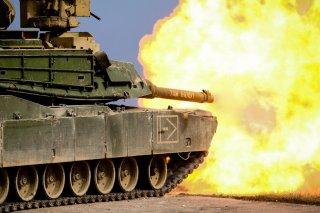 As President Donald Trump plans to remove many U.S. forces from Germany, Poland is scrambling to welcome them. Poland has reason to fear Russia rising on its eastern flank but before committing further to Poland, U.S. policymakers should first consider whether moving troops to Poland would win a battle but lose the war. Defense against Russia is not only strategic but also ideological: a defense of Western liberalism against Russian illiberalism or autocracy. Poland bases might be a no-brainer for the Pentagon but perhaps not for broader American interests, but too often, countries offering bases use American dependence as a means to sidestep reform or backslide on democracy. Poland is in the midst of a democratic backslide. Washington should do nothing that disincentivizes Poland’s increasingly dictatorial regime to return to democracy, even if it means forfeiting a base.

Consider the cases of Qatar, Turkey, and Iraqi Kurdistan: In 1996, Qatar spent more than $1 billion to construct the al-Udeid Air Base even though, at the time, Qatar did not even have an air force. U.S. forces began using the base in 2001 and, within just a couple years, it became host to the U.S. Combat Air Operations Center and CENTCOM’s regional headquarters.  In 2012, Qatari officials reportedly said they were willing to pay the full costs of the U.S. presence. While Trump has castigated European partners for falling short of their pledged military spending and has also suggested South Korea should further subsidize U.S. presence, the U.S. presence in Qatar continues to expand, apparently greased both by significant Qatari investment and multibillion-dollar arms purchases. Today, Pentagon planners consider al-Udeid essential.

As the United States grew more reliant on Qatar, however, Qatar’s broader behavior became more destabilizing. As the United States sought to promote Palestinian good governance, for example, Qatar supported Hamas. Then-House Foreign Affairs Committee chairman Ed Royce noted, “Qatar hosts the worst of the worst of Hamas’ leaders,” and threatened sanctions. He added, “If their behavior doesn’t change, we in Congress would absolutely be looking at other options including moving out of Al-Udeid base.” The Pentagon ignored him. The 2013 abdication by Hamad bin Khalifa Al Thani in favor of son Tamim raised hopes Qatari behavior might change, but it did not. Tamim’s promises to curb terror financing went largely unfulfilled. Qatari cash now reportedly promotes terrorism and undermines democratization efforts in the Horn of Africa. Qatar also remains a major outlet for Iran at a time when Iranian policy destabilizes Lebanon, Iraq, and Yemen.

Qatar is not alone as a “frenemy” hosting American forces. Turkey, once a staunch NATO partner, today acts more as an adversary than an ally. It has turned its back on both democracy and press freedom. Like Qatar, it supports Hamas. Turkey’s passive if not active support for the Islamic State continues to trouble U.S. policymakers. Turkey’s most recent bombing campaign in Iraq, its continued occupation of northern Cyprus, its intervention in Libya and, most recently, destabilizing maritime claims in the Mediterranean highlight destabilizing behavior. Across administrations, U.S. officials pedal a soft approach toward Turkey in order to maintain access to Incirlik Air Base.

Iraqi Kurdistan, too, long sought to attract U.S. forces. They succeeded, but as the Pentagon grew more reliant on Kurdistan, U.S. authorities became more reluctant to criticize the region’s backslide into a family-run autocracy.

It is natural for bureaucracies simultaneously to build empires but fail to see the big picture. Defense is only one component of a broader strategy. As the DIME model teaches, strategy should include diplomatic, informational, and economic components. Too often, however, military strategists appear to prioritize maintaining or expanding America’s footprint at the expense of broader interests. When this enables the United States to project power to keep adversaries in check or to maintain the freedom of navigation, is valuable. But, when a military presence enables otherwise destabilizing regimes to immunize themselves from the consequences of their actions, it is essential to assess before significant investment whether the benefits of the base outweigh the constraints they may place upon U.S. diplomacy and Washington’s ability to coddle and coerce partners to better respect the liberal order when the governments hosting the base may be the problem.

Certainly, the investment required in a base means that the Pentagon cannot simply withdrawal its forces whenever a host turns illiberal, or an illiberal state becomes a regional instigator. This is why earlier assessments are so important before the situations become so bad. No U.S. base should ever be a get-out-of-jail-free card for regressive regimes to act with impunity.

This is why not only Congress and the Pentagon, but also the State Department and the National Security Council should consider the impact of rebasing U.S. forces leaving Germany in Poland, especially when other alternatives exist in the Baltics, Romania, or the Czech Republic. The question then becomes whether Poland’s anti-democratic leaders will see the U.S. presence less as a defense against Russia and more as a means to immunize themselves from returning to the democratic order. U.S. forces should be in Europe to protect the liberal order, not to accelerate its end.