Why an F-35 vs. China's J-20 Stealth Fighter Battle Is an "Irrelevant Question" 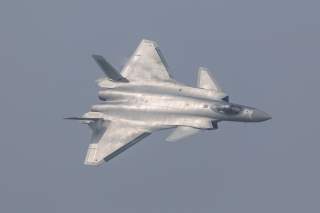