Why Patients in Pain Shouldn't Be Blamed for the Opioid Crisis 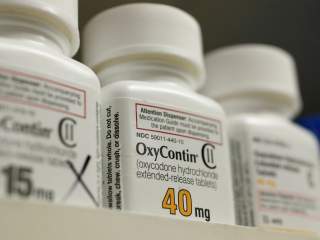 Last week the Washington Post featured an article in the "Outlook" section by Dr. James D. Hudson, a pain management specialist, lamenting Americans’ “Dangerous Fear of Pain,” arguing that the efforts by doctors to make their patients “pain free” has largely contributed to the overdose crisis.

Public policy towards the overdose crisis is panic-driven., Often lacking a strong basis in evidence and fueled by the media, it marks a return to the opiophobia of the 1950s and 1960s. This has led to comments about people in pain like this one by former U.S. Attorney General Jeff Sessions at a Tampa press conference in February 2018:

"Sometimes you just need to take two Bufferin or something and go to bed.”

As doctors are pressured by law enforcement and policymakers to curtail the treatment of pain, it seems a market has developed for articles by pain management doctors urging patients to “suck it up” and learn to live with pain. Dr. Hudson responded to the market demand. While not going to extremes like Attorney General Sessions, he still encourages people to learn to live with pain. At one point he writes:

In many ways, learning to live with chronic pain is like learning to live next to the El in Chicago. This aboveground transit system is old and loud. It roars past homes and businesses. Nearby residents feel the vibrations; it can be so noisy that they pause their conversations while the train goes by. Yet those who think a lower rent is worth the annoyance report that the sound soon ceases to be disruptive. You get used to it.

Well, this doctor disagrees. I believe that part of the physician’s mission is to end pain and suffering, not just treat illnesses and injuries.

Unfortunately, this return to a pre-modern approach to pain management will do nothing to stop the overdose rate, on a steady exponential increase since at least the late 1970s—well before the creation of OxyContin. And while the obsession over the prescription of pain medicine to patients in pain continues, policymakers, Dr. Hudson, and the media continue to ignore the obvious: the overwhelming majority of overdose deaths are from heroin and illicit fentanyl obtained by non-medical users—most of whom were never patients—in the dangerous black market made possible by drug prohibition.

This moved me to write a letter to the editor of the Washington Post, which was published here today.

This article by Jeffrey A. Singer originally appeared in the CATO at Liberty blog in 2019.