Why Renewable Energy Is a Technical Reality But An Economic Disaster 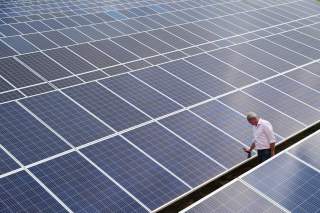 2020 may turn out to be the year of the battery. The Trump administration has made grid-level battery backup a focus of its Energy Storage Grand Challenge -- an effort to create an all-American supply chain for advanced battery technologies. Meanwhile, Texas, which is the only state to run its own electricity grid, is offering up to $9000 a megawatt-hour for peak summer battery power. And on the other side of the world in South Australia, Tesla has been asked to up the capacity of its mammoth battery in the desert to 193.5 megawatt-hours, or about double the storage capacity of the entire Texas state grid.

Why are utilities and governments sinking so much money into giant batteries? In two words: wind and solar. Renewable energy sources like wind and solar are notoriously fickle. Back when they contributed only a tiny percentage of the total power available on a grid, that wasn't so much of a problem. But when a state gets half of its electricity from renewables, as South Australia does, intermittency becomes a real problem. Before Elon Musk was called in to build its desert battery bank, South Australia suffered a statewide blackout triggered by a storm-induced failure of wind farms gone wild.

Thanks to the batteries, South Australia now has more reliable power, but at a price: it has the most expensive power in the country, costing roughly twice as much as the US national average for 2019. This, in a country that is (by far) the world's largest exporter of coal and tied with Qatar as the world's biggest exporter of liquefied natural gas.

The problem for South Australia (and other aspiring renewables powerhouses) is that the economics of renewable energy get worse and worse as you scale them up. That's the opposite of traditional economics of scale. With a coal-fired power plant, as you build bigger, your power gets cheaper, smoother, and more reliable. With wind or solar, it's exactly the opposite: the bigger you build, the more expensive, more volatile, and more unreliable your power supply becomes. No one ever heard of battery backup for coal-fired baseload power.

Renewables need batteries, and lots of them. But from a technical as well as from an economic standpoint, it makes no sense to pour resources into giant batteries that might only be needed a few days a year. And if grids are already under pressure from intermittent renewables, how will they cope when millions of electric cars replace gas and diesel models over the next decade?

You can think of the electric car as a power-guzzling mobile monster that has the potential to break the grid. But if you turn things around to look on the bright side, you can see it as a roving battery on wheels that can plug into tomorrow's 5G smart grid at a moment's notice, whether to pick up power that the grid needs to shed for pennies a kilowatt-hour or to give back power at exorbitant rates at moments of peak demand. That's right, your car could soon be playing the energy markets, Tesla-style.

It all comes down to automation, the 5G internet of things, and the smart grid. Install a stationary back-up battery, and most of the time it just sits there, a stationary sunk cost. Take advantage of the widely distributed batteries in an autonomous electric vehicle ecosystem, and you can have your battery and use it, too. Right now, renewable energy is a technical reality but an economic disaster. Couple it with distributed batteries, and you get a technological ecosystem that can go head-to-head with coal on both price and reliability.

Tesla’s Brilliant Business Strategy Could Be a Total Game Changer