Why Ukraine and Other Former Soviet States Resist Russian Dominance 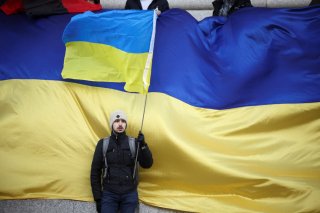 In the wake of Russia’s aggression against Ukraine, we have witnessed an inspiring and spirited resistance by Ukrainian soldiers and civilians under arms. According to experts and observers, these soldiers and armed citizens have already altered the trajectory of the war in Ukraine: blunting the spear of the Russian attack; surprising Russian defense planners; and rallying European countries—including more cautious ones like Germany—to stand more firmly behind Ukraine, impose harsher economic sanctions on Russia, and even agree to boost their defense spending. Indeed, U.S. secretary of state Anthony Blinken opined that Ukraine might “win” the war over time given that its forty-five million people are “ardently fighting for their future and their freedom that does not involve Russia having its thumb on Ukraine.” Historian Lawrence Freedman highlighted the bravery of Ukrainian civilians protesting the occupation of Kherson and Melitopol, observing how they “remain resolutely Ukrainian in their loyalties.”

While Blinken’s cautiously optimistic prognosis can be reasonably questioned, his views make a lot of theoretical sense. Nationalism is fundamentally a “huge force multiplier.” As prominent scholar John Mearsheimer wrote, “[nationalism] creates tight bonds between a people and their state” and “leaders in wartime … can usually get their citizens to steadfastly support the war effort and put on a uniform and fight.” This is what we are seeing transpire in Ukraine. Even if Russia succeeds in attaining its objectives and occupies most of the Ukrainian territory, this will unlikely translate into outright subjugation. The reality of an armed insurrection and resistance is very high.

Hence, Ukraine’s valiant resistance underscores the profound and lasting relevance of nationalism as an ideology in formerly communist Eastern Europe and the wider world. As scholar Ernst Haas described it, nationalism is a “convergence of territorial and political loyalty irrespective of competing foci of affiliation, such as kinship, profession, religion, economic interest, race, or even language.” Some of its fundamental features are the sense of oneness and loyalty to one another, and also an attachment to what people regard as their sacred land and rightful home over which they seek to exercise sovereignty.

Indeed, despite existing differences between eastern and western parts of Ukraine and Russian president Vladimir Putin’s controversial remarks about Ukrainian identity in speeches and essays, Ukrainians retain a strong sense of belonging to a sovereign and distinct state. Last summer, Putin opined that there was no historical precedence for the existence of modern-day Ukraine; the country was only recently established in its present boundaries by the Bolsheviks (who he claims robbed Russia of its historic lands). Then in his February 21, 2022, speech, during which he recognized the independence of Lugansk and Donetsk People’s Republics, the Russian leader accused the Bolsheviks and specifically Vladimir Lenin of creating what he calls “Vladimir Lenin’s Ukraine.” Soviet policies are blamed for artificially creating distinctions between three nations: Russian, Belarusian, and Ukrainian, out of one Russian nation. But while elites in Moscow claim that Russians and Ukrainians are the same people, historians argue that what the Russians really mean is that Ukrainians are actually Russians. According to Harvard historian Serhii Plokhy, whatever bonds may exist between the two—including symbolic memories of joint resistance to Nazi invasion in the summer of 1941—are being destroyed by the Russian troops who are now playing the role of invaders. Rather than stopping or reversing Ukrainians’ sense of identity and commitment to the sovereignty, Plokhy believes that this tragedy is “strengthening the Ukrainian people’s sense of identity and unity, while endowing it with a new raison d’être, new narratives, and new heroes and martyrs.”

This should hardly come as a surprise. Despite attempts to belittle or outright deny their distinctiveness, the post-Soviet nations have developed identifiable identities. They are unwilling to give up any portion of their sovereignty, notwithstanding assertions that they do not have a long tradition of independent statehood. Whether they are friendly Russian partners like Belarus or Kazakhstan, or more wary neighbors like Ukraine and Georgia, once established, sovereign nations are not expected to give up their independence. Belarus and Kazakhstan were willing to integrate into Russia-led regional military-political and economic institutions (viz. Collective Security Treaty Organization and Eurasian Economic Union), but they still jealously guard their sovereignty and distinctness.

For instance, in October 2011, then-Prime Minister Vladimir Putin announced his intention to form the “Eurasian Union” that would first encompass the members of the existing customs union and then be open to others to join. While focusing on economics, Putin had ambitions to model the project on the European Union, which would also translate into shared political decision-making. However, these notions were quickly rebuffed by Kazakh and Belarussian leaders. Then-Kazakh president Nursultan Nazarbayev opposed “politicization of the Union” and emphasized his country’s political sovereignty to cooperate without prejudice with many countries and organizations. The union would eventually obtain “Economic” designation to lessen some of the concerns by Russia’s smaller partners. While committed to the project, they remained steadfast in opposition to any expansion of its competencies into non-economic spheres.

These developments neatly support the basic tenets of nationalism as an ideology, which stipulate that each nation is historically connected to a geographic space that it regards as its sacred, sovereign land and is central to its identity. Even the more eager Belarus, a member of the Union State with Russia since 1999, has not given up on being a separate state. Recently the two countries agreed on a concept of military doctrine and migration policy, but there was no mention of political unification. The long-term projects of establishing a joint flag, anthem, currency, parliament, or army were not implemented. While there are concerns about the prospects of Belarus ceding some of its sovereignty, and its opposition condemned the recent agreements with Russia, scholars note that the prospects for true integration remain low despite Alexander Lukashenko’s weakened political position following the unrest after the disputed 2020 elections. Most Belarussians strongly favor their country’s independence, and the political elite is unlikely to give up its hold on the country. As Artyom Shraibman, a scholar at the Carnegie Moscow Center noted: “[authoritarian] rulers cannot share their power—not inside the country, not with external forces.” Hence, as Maxim Samorukov rightly observed, it seems that in the case of its closest post-Soviet ally, Russia had opted for supporting a friendly government without insisting on a deeper integration that could backfire.

Janko Šćepanović, Ph.D. is a Postdoctoral Researcher at the Center for Russian Studies in the School of Politics and International Relations of East China Normal University in Shanghai, People's Republic of China. His research focuses on the study of Russia's foreign policy in the former Soviet space, the Middle East, Southeast Europe, and regional institution-building in Greater Eurasia. Views expressed here are his own.