Why Is United Airlines Buying Supersonic Jets That Don’t Yet Exist? 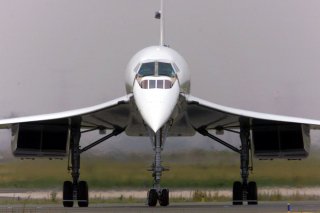 United Airlines announced recently that it has agreed to purchase 15 supersonic passenger jets from aviation startup Boom Supersonic. The deal also reportedly includes an option for the purchase of an additional 35 of Boom’s supersonic Overture aircraft in the future.

According to Blake Scholl, CEO of the Denver, Colorado-based startup, Boom Supersonic’s ambitious goal is to break what he calls the “time barrier,” which Scholl argues has for many years kept people apart. Scholl hopes its breaking will help to better connect the world.

Boom has already unveiled a prototype of its Overture supersonic jet—which the company has labeled the XB-1—and flight testing of the demonstration aircraft could begin soon. According to Boom, the company is aiming to roll-out its first aircraft in 2025 and begin full flight testing in 2026, before finally embarking on its first passenger flights in 2029.

The supersonic Overture aircraft will be capable of flying at speeds of Mach 1.7, according to Boom, twice the speed of the fastest commercial jets currently in operation. This will allow the Overture to cut travel times in half to more than 500 destinations, the company said, with some potential future flight routes planned for United with the Overture including a Newark to London connection with just a three-hour flight time, a four-hour flight between Newark and Frankfurt, and route from San Francisco to Tokyo that would take just six hours. The Overture will also feature an array of onboard amenities and features, such as in-seat entertainment screens, abundant personal space, and contactless technology.

The Overture will also be notable for its use of sustainable aviation fuel (SAF). SAF, which boasts a similar chemistry to fossil jet fuel, is instead made from sustainable sources including cooking oil, solid waste from homes and businesses, food scraps, and energy crops such as fast-growing plants and algae. The use of SAF can result in a significant decrease in carbon emissions. Some commercial airlines have already begun to use SAF, but Boom claims that the Overture will represent the world’s first large commercial aircraft set to run on 100% SAF, and will as a result be net-zero carbon from its first flight.

Should the Overture take flight on a commercial route, it would mark a return of supersonic passenger flight for the first time since the Concorde took its last flight in 2003. The supersonic Concorde failed to take-off as a mainstay of commercial flight in large part because of the aircraft’s high operating costs that saw ticket prices become prohibitively expensive, and because of regulations that required the aircraft to operate at lower-speeds while flying over land to avoid noise disturbances.