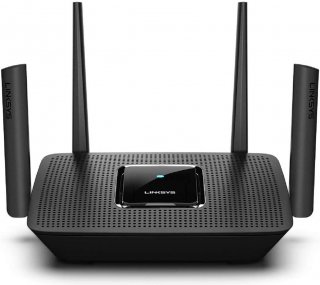 And among the improvements that it will bring to the masses include the ability to send information to multiple devices at once with a single transmission and better energy management for battery-powered devices like laptops and smartphones.

Cool, right? But, as of right now, there indeed is a scarcity of compatible devices that can take advantage of all of Wi-Fi 6’s supposed benefits. In the smartphone world, at least two of the biggest players have already jumped on board, as the iPhone 11 and the Galaxy S10 and later models are all ready to go with Wi-Fi 6.

However, as new smartphone models eventually hit the market, more will likely follow suit in being compatible with Wi-Fi 6.

So, should you go out and splurge on a fancy new Wi-Fi 6 router? No. There really isn’t any reason to rush this particular purchase. Keep in mind that these routers are also backward compatible with older versions of Wi-Fi, so your two- or three-year-old devices will continue to be supported. And if you don’t even have a Wi-Fi 6-compatible device, that’s definitely a strong hint for you to wait.

Also, remember that Wi-Fi 6 is brand new in the tech world, and as you already probably know, you will be paying a premium for these routers. Some Wi-Fi 6 routers are already priced $150 to $200 more than their previous-generation counterparts. It would be smart to wait for the prices to go down a bit.

Do we really need Wi-Fi 6? It’s a resounding yes for those in the industry. As mentioned earlier, this technology is designed to seamlessly handle Wi-Fi traffic from many devices simultaneously with fewer hiccups along the way.

According to one report, the average household will have about 50 connected devices by 2022, up from around 25 today. This is due to consumers constantly adding smart speakers, smart door locks, smart thermostats, smart video doorbells and a host of other smart devices and products. The number of connected Internet of Things sensors and devices will likely surpass 50 billion by 2022, according to Juniper Research.

As you can see, with all of these device connections, a standard like Wi-Fi 6 will continue to grow in importance.