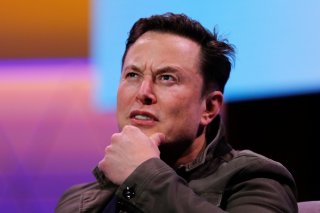 The FCC has granted an application by SpaceX to offer Starlink WiFi service in cars, and in other forms of transportation such as boats and planes. It will join the home internet service already available, as well as partnerships with the likes of Delta and Hawaiian Airlines. Deals with cruise lines are also reportedly in the works.

“We agree with SpaceX and Kepler that their proposed ESIM operations on an unprotected, non-harmful interference basis in the 12 GHz band will not materially impact the interference environment in that band. In the case of SpaceX, the satellite network’s downlink beams that will be used for ESIMs in 12 GHz are already used with blanket-authorized fixed user terminals,” the FCC said in its announcement.

“These beams are independently steerable over the full field of view of the Earth, and the fixed earth stations will be distributed throughout the service area based on a wide range of factors. These factors render predictions about deployment of earth stations to specific locations speculative. ... Further, given the necessarily short duration of any contact between any individual SpaceX or Kepler satellite and an individual earth station there is no reason to expect that the motion of the ESIM terminal during that short duration will substantially or materially impact the overall interference environment,” the announcement continued.

Gizmodo describes what SpaceX has been building as a “satellite megaconstellation,” which will put as many as 42,000 satellites into low-earth orbit. The plan is for worldwide coverage by the end of 2022. Competitors such as Dish Network and Viaset have expressed disapproval of Starlink’s plans, but the FCC has sided with SpaceX on that question.

“Accordingly, any investments made toward operations in the bands authorized in this order by SpaceX in the United States assume the risk that operations may be subject to additional conditions or requirements as a result of any future Commission actions,” the FCC ruling said.

Back in 2019, a group of astronomers expressed disapproval of SpaceX’s satellite plans. “The rapid increase in the number of satellite groups poses an emerging threat to the natural nighttime environment and our heritage of dark skies, which the International Dark-Sky Association (IDA) has worked to protect since 1988. We do not yet understand the impact of thousands of these visible satellites scattered across the night sky on nocturnal wildlife, human heritage, or our collective ability to study the cosmos,” the International Dark-Sky Association said.

“The number of low Earth orbit satellites planned to launch in the next half-decade has the potential to fundamentally shift the nature of our experience of the night sky. IDA is concerned about the impacts of further development and regulatory launch approval of these satellites. We therefore urge all parties to take precautionary efforts to protect the unaltered nighttime environment before deployment of new, large-scale satellite groups.”