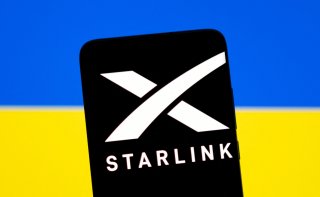 The decision was welcomed in Ukraine, which has seen problems with its internet access due to damage to its infrastructure from Russian attacks. Vice Prime Minister Mykhailo Fedorov praised Musk, saying that “while you try to colonize Mars—Russia try to occupy Ukraine! While your rockets successfully land from space—Russian rockets attack Ukrainian civil people! We ask you to provide Ukraine with Starlink stations and to address sane Russians to stand.”

Musk made the announcement on Saturday, claiming that the satellite service was active in Ukraine and the first Starlink ground terminals, which are needed to connect to the satellites, had arrived in the country. Photos of a truckload of terminals arriving in Ukraine circulated on Monday, and Musk said that more were “en route.”

While each terminal ordinarily costs $500, it appears that they were donated to the Ukrainian government rather than sold. Fedorov later thanked Musk directly on Twitter for his role in the delivery.

Starlink, which was founded in 2018, has seen emergency use in areas where disruptions such as natural disasters cut off traditional telecommunications systems. In January and February 2022, Starlink terminals were shipped to Tonga after an earthquake and tsunami cut off the island nation’s communications from the rest of the world.

Musk has defended the Starlink system as more reliable than land-based systems, which can be vulnerable to natural and man-made disruptions. At the same time, the tech baron has been criticized in the past for “crowding” space, causing disruptions to other national space programs, and contributing to the problem of “space debris,” which is nearly impossible to retrieve.

China’s “Tiangong” space station reportedly engaged in evasive maneuvers in order to avoid being hit by Starlink satellites in July and October 2021. The incident led to anger from the Chinese public and a denunciation from the Chinese Foreign Ministry.

Musk and his defenders have dismissed these criticisms, arguing that space is large enough to accommodate both his satellites and other nations’ space programs.