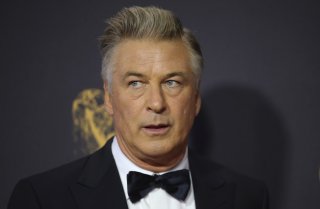 The pandemic didn’t slow gun sales. In fact, firearms sales increased at the start of the pandemic and then surged to record highs during the summer of 2020. Driven by calls to defund the police, there were record numbers of first-time buyers, which included women and minorities. The strong sales then continued last fall and early winter with the election of President Joe Biden, who campaigned on calls for greater gun control.

While firearm sales have dipped this year, 2021 is still on track to be the second-highest in terms of overall background checks and sales ever. With the right conditions, it could even top last year’s records.

That is until last week’s tragic accident on the set of the film Rust in New Mexico, in which actor Alec Baldwin shot and killed cinematographer Halyna Hutchins. Baldwin, who had been handed the weapon by the film’s assistant director, believed it to be “cold gun” as in unloaded and safe.

The incident has led to increased calls for gun control. Could it also snap the sales strike?

First, we need to question how Baldwin ended up with a loaded gun in his hand!

Numerous media reports have referred to the weapon as a “prop gun,” but most Hollywood armorers and firearms experts will agree that any firearm capable of firing live rounds is most certainly not a prop. In fact, reports have circulated that members of the crew had used the antique revolver for target shooting at cans earlier in the day. How and why it ended up on the same table as other firearms provided for the film production remain unanswered.

“I think the facts are clear—a weapon was handed to Mr. Baldwin. The weapon is functional and fired a live round,” said Santa Fe County Sheriff Adan Mendoza, according to USA Today.

According to numerous news reports, live rounds were found near blanks on the cart where the film’s armorer had kept three similar Colt revolvers. One word can sum this situation: irresponsible!

“Obviously I think the industry has had a record recently of being safe,” Mendoza added. “I think there was some complacency on this set, and I think there are some safety issues that need to be addressed by the industry and possibly by the state of New Mexico.”

While tragically a woman is dead due to the irresponsible actions of the film’s armorer, the assistant director, and Baldwin—who all failed to check and ensure that the weapon was safe—it seems that law-abiding and responsible gun owners could face the wrath of gun control advocates.

As noted, this incident has spurred yet another discussion about the place of firearms in society. MarketWatch reported on Wednesday, “Some are saying the shooting could serve as a warning for society as a whole about the risks and dangers of guns, given how widespread firearm ownership is becoming.”

The financial website also quoted Josh Horowitz, executive director of the Coalition to Stop Gun Violence, a nonprofit organization based in Washington, DC, who argued “People are injured and die by firearms in so many different situations.”

That fact may be true, and gun violence in many cities remains a valid issue, but it should be noted most gun crime involves illegal and/or stolen guns. Instead, the incident in New Mexico should be seen for what it is—the irresponsible handling of a firearm by multiple individuals.

Even if this incident doesn’t result in greater gun control, already Hollywood could be changing how it uses props. Some productions have announced that Airsoft and other realistic-looking but non-functional firearms will be added in with computer imagery and sound effects added in post production. Perhaps that isn’t a bad thing, but it could allow Hollywood to argue that it has somehow done its part, and then receive undue praise for its efforts to make the world somehow a safer place. Gun control advocates often take a cue from former President Obama’s chief of staff Rahm Emanuel, who famously quoted Winston Churchill by stating, “You never want a serious crisis to go to waste.”

Should we really expect anything less now?

In the coming weeks, communities in New Mexico and California will likely ban firearms on movie sets in the name of safety—even as the question should be asked why a live and functional firearm was there in the first place. Once that happens, this tragic event could balloon into a bigger discussion on firearms in general, and that should remain a very valid cause for concern from any supporter of the Second Amendment.