Will Canada Be The Next Country To Be Flying U.S. F-35s? 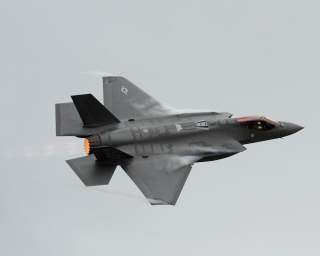 Canada may be the next nation to buy the F-35 stealth fighter.

The F-35’s competitors are dwindling.

In August, Britain’s Ministry of Defense and European manufacturer Airbus withdrew the Eurofighter from Canada’s competition to pick a replacement for its 35-year-old CF-18 fighters. In 2018, France’s Dassault withdrew the Rafale from the contest.

David Pugliese, who covers defense for the Ottawa Citizen, has chronicled how the F-35’s competitors have dropped out one by one. In May, Canada’s Department of National Defense changed the procurement rules after the U.S. warned that the F-35 program barred the aircraft from being sold to nations who promised industrial benefits in return for selecting the Lightning II.

“Under the F-35 agreement, partner nations such as Canada are prohibited from demanding domestic companies receive specific work on the fighter jet,” Pugliese explained. “Instead, Canadian firms compete and if they are good enough, they receive contracts. Over the last 12 years, Canadian firms have earned more than $1.3 billion in contracts to build F-35 parts. But there are no guarantees.”

“Airbus was willing to outline and guarantee specific industrial benefits for Canada,” Pugliese added. “That was the way previous defense procurements had worked.”

Another hurdle was a new requirement that the winning fighter must show it would be integrated into the joint U.S.-Canadian air defense system. While probably not an issue for the Super Hornet, it would surely have been one for the European contenders. Canadian media pointed out that “Airbus would have been required to show how it planned to integrate the Eurofighter Typhoon into the U.S.-Canadian system without knowing the system’s full technical details.

But even Boeing may be having second thoughts. In July, Reuters reported that the American defense giant may drop out of the fighter competition. Boeing and the European manufacturers “have already complained about the way the contest is being run, and expressed concern some of the specifications clearly favor the U.S. firm, industry sources have said in recent weeks,” said Reuters.

This is just another twist in a drama that has lasted for years, amid infighting between Canadian political parties, economic tensions between Ottawa and the Trump administration, and even a Canadian plan to buy used Australian F/A-18s as a stopgap.

Perhaps this was inevitable. Canada has sometimes charted a different defense procurement path than its Big Brother to the south, such as selecting Germany’s Leopard tank instead of a U.S. vehicle. Nonetheless, the fact is that the F-35 will be the dominant warplane of the West for the next several decades. Not just of the United States, but of more than 15 nations, including key NATO allies such as Britain, Italy, Belgium and the Netherlands, as well Japan, Australia and Israel. Given the enormous amount of prestige that the U.S. government has put behind the F-35, and the numerous sweeteners and pressures for a deal, it would be tough for F-35 competitors to compete and tough for Ottawa to resist the F-35 juggernaut.