Will the Coronavirus Crisis Become a Foreclosure Crisis? One New Measure Might Help. 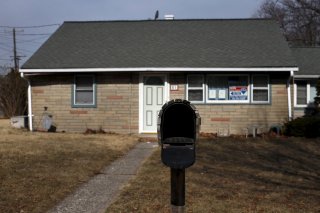 Yesterday, the federal government took another step to assist beleaguered homeowners and mortgage holders affected by the coronavirus pandemic and subsequent economic crash. The U.S. Department of Housing and Urban Development directed any companies that service borrowers of government-issued mortgage loans to provide the option of up to a one-year deferral. This policy is effective immediately.

This move comes only fifteen days after the department announced a two-month moratorium on all evictions and foreclosures. Newly released unemployment numbers have only added to the severity of the situation, making it clear that temporary relief of a few months will not be enough to see people through both the public health and economic crisis.

“If you’re struggling, immediate help is now available,” said Dr. Ben Carson, Secretary of Housing and Urban Development and close ally of President Donald Trump. “The FHA [Federal Housing Administration] will continue to work with stakeholders to ensure that the loss mitigation options that are offered for both forward and reverse borrowers are appropriately tailored for the present situation.”

The Federal Housing Administration is the HUD agency that insures mortgages for both low and moderate-income borrowers. Earlier this week it had instructed mortgage companies to delay due dates on reverse mortgage claims by six months.

To prevent borrowers with suspended payments from receiving a cumulative lump-sum bill when the period of forbearance ends, the FHA is rolling out a partial claim option. This is normally offered by the agency after natural disasters and extends an interest-free loan to the mortgage to cover any deferred payments.

“For American families impacted by the Covid-19 virus and unable to pay their FHA-insured mortgage, imminently losing their homes is now one less fear they should have,” said Brian Montgomery, who has served as Assistant Secretary for Housing and Urban Development under both President Trump and former President George W. Bush.

The department is encouraging private lenders “to consider the impacts of the COVID-19 [coronavirus] national emergency on borrowers’ financial situations and any flexibilities a servicer may have…when taking any negative credit reporting actions.”

While the government has been proactive in protecting any borrowers, who pay their mortgage through a federal loan—i.e. a majority of mortgage holders—a large minority of mortgage holders have been left with whatever private banks are willing to offer. Some banks are offering forbearance options, similar to the government, while others are only offering reduced transaction fees on a temporary basis.

This disparity in the reaction between policymakers and bankers has put private companies that process mortgage payments in a difficult position. Many homeowners are expecting the same relief and understanding of their difficult situation that the government is providing. Some borrowers are now declining to make payments for the duration of the crisis.

The primary problem remains that few of the private banks have enough liquidity to withstand the widespread suspension of mortgage payments.