Will Donald Trump Give the Airlines a $48 Billion Bailout? 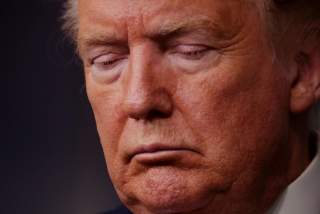 At the start of this week, facing financial losses worse than after the September 11 terrorist attacks, U.S. airline companies collectively asked the federal government for a $48 billion bailout. Half of it would be in direct assistance, and the other half would take the form of loan guarantees. President Donald Trump seems willing and able to grant it.

“We’re going big,” Trump said yesterday. “We don’t want airlines going out of business. We don’t want people losing their jobs and not having money to live.” Secretary of the Treasury Steven Mnuchin has been in constant contact with airline CEOs since Monday.

On top of the $48 billion, the airlines are further requesting $4 billion in tax rebates. And the airports are independently asking for $10 billion in financial relief.

While the administration feels confident in shunting out a bailout for the industry, some congressional Republicans are more skeptical. “A lot of us our against a bailout,” said Senator Richard Shelby of Alabama, who only favors guaranteed loans. The bank bailout of 2008, which refilled Wall Street’s depleted coffers to the tune of $750 billion, was the primary catalyst of the tea party movement and caused major blowback for Republican politicians. Conservatives in office hope to avoid a similar fate today.

Democrats, meanwhile, hope to put the breaks on the bailout plan until assurances are made. Senators Ed Markey of Massachusetts and Richard Blumenthal of Connecticut are calling for major strings attached to airline bailouts. Proposed attachments include protections for workers and measures to reduce the company’s carbon footprint.

New York Rep. Alexandria Ocasio-Cortez, the darling of the progressive movement, wants new business restrictions included in any kind of bailout package. “96% of airline profits over the last decade went to buying up their own stocks to juice the price—not raising wages or other investments,” she tweeted. “If there is so much as a DIME of corporate bailout money in the next relief package, it should include a reinstated ban on stock buybacks.”

Senator Josh Hawley, freshman Republican from Missouri, has different concessions in mind. Hawley has established himself as the most forthright economic nationalist in congress, favoring state power to compel a business to meet his description of the national interest. To this end, Hawley wants any industry, not just airlines, to make agreements that put American jobs first.

“I will say this about industries who come to us and want significant relief: For those that have significant supply chains in China, I want to see some commitments they’ll move those supply chains out of China and back to the United States,” Hawley said, explaining that bailouts would be done on a case by case basis for companies and industries that agreed to these terms.