Coronavirus Might Be Worse Than 9/11 for U.S. Airlines. Will Trump Save Them? 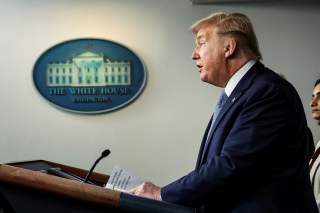 As layoffs begin in the service sector in the United States, one of the industries hardest hit by the coronavirus pandemic has been the airlines.

People, afraid of catching the virus while traveling, have cancelled flights on mass. Airports around the country are alternatively empty, with no one aboard, or packed to capacity, shoulder to shoulder as authorities attempt to administer medical screenings before allowing people through security.

United Airlines has announced that it will slash its capacity by 50% for the months of April and May, a cut that’s expected to extend to its usually busy summer vacation season. The company is in discussion with unions about how to reduce payroll expenses.

“We took early, aggressive action because we have been determined to do everything possible to avoid painful steps that affect your paycheck,” executive for United informed their employees. “But, based on the severity of the situation, that no longer appears realistic.”

Things are near as bad, or worse, for their competitors. American Airlines plans to cut its capacity by a shocking 75% for the rest of March and April. Delta Airlines is cutting its capacity by 40%, along with a complete hiring freeze and suspension of new aircraft deliveries.

Coronavirus is having a larger economic effect on plane travel than the aftermath of the September 11 terrorist attacks in 2001.

The CAPA Centre for Aviation, a consultancy firm based in Australia, predicts that the sudden loss of business will bankrupt most of the world’s airlines by the end of May unless governments take immediate action.

This is why Airlines for America, the trade group that represents the collective industry, requested a $58 billion bailout for the struggling companies. Half of it, $29 billion, would be in direct assistance, and the other half would be in loan guarantees. This dwarfs the airline bailout that occurred after 9/11, which amounted to only $15 billion.

The airports themselves are expected to request a further $10 billion bailout.

The only thing that could damage the industry more is the potential for a compelled shutdown due to the thread of the virus. While the Trump administration has placed a ban on travel with the United States between China and continental Europe, it has not officially placed any restrictions on domestic travel. President Donald Trump did recommend that Americans avoid “discretionary travel” for the next fifteen days, however.

“We’re not really [considering domestic travel restrictions]. We hope we don’t have to. We think that hopefully we won’t have to do that. But it’s certainly something we talk about every day. We haven’t made that decision,” mused Trump today.

The United States government has not imposed a flight ban since after the 9/11 attacks.