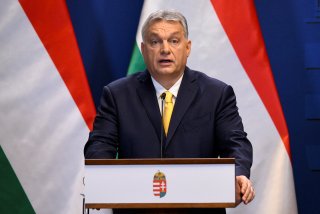 For generations, Sweden and Finland held neutrality to be the best means by which they could preserve their peace and independence. Russia’s unjustifiable and brutal invasion of Ukraine has shattered this view, leading them to pursue membership in NATO. Yet, there are a few potential obstacles to their accession to the alliance. The most obvious challenge is the looming threat of Russian retaliation as Moscow finds its geostrategic interests in the Arctic under threat. However, the more insidious obstacle is the threat of a surprise veto from rogue members of the alliance. While Turkey initially obstructed membership talks, it has since reached an agreement with Sweden and Finland to pave the way forward for accession. However, Hungary may prove to be the spoiler for Sweden and Finland’s accession to the alliance.

Strategically, Finland and Sweden would be valuable members of NATO, which is why virtually all members support their accession. Finland, as an Arctic country, is uniquely poised to defend against potential Russian aggression in a strategically valuable region. The importance of the Arctic will only increase as polar ice melts and Russia continues to develop the Northern Sea Route. Given Russian ambitions in the region, utilizing the strengths of Finland’s diplomats and geostrategic location would be useful for deterring Russia’s Arctic expansionism.

Militarily, Russia has historically struggled to conduct offensive operations in Finland and, if the Ukraine precedent holds, similar results in Karelia or Lapland could occur. Moreover, despite being a non-aligned power, Finland has been careful to maintain and modernize a large conscript-based military with a sizable reserve while spending near NATO’s 2 percent GDP requirement. Sweden and Finland likewise both possess sizable coastal navies that would be valuable in reinforcing NATO naval supremacy in the Baltic Sea. Prior experience integrating with NATO members through EUNAVFOR and joint military exercises would also ease deeper integration with NATO command.

Despite what Sweden and Finland offer to the alliance, there could be a potential challenge to their accession from an illiberal NATO member: Hungary. Turkish obstruction was always less of a concern given the nature of its demands and the presence of good faith negotiations. A resolution was always likely. Due to this, the most concerning challenge would come from Hungary. While it has yet to officially announce a stance on the matter, recent events would presume at least the threat of a veto, particularly if the pro-Kremlin president Viktor Orbán feels emboldened by Turkish obstruction and his recent victories on limiting the scope of the European Union’s (EU) sanctions packages. Orbán opposed NATO membership for Ukraine and disrupted ministerial-level meetings of the NATO-Ukraine Commission before the war. While Hungary, alongside France and Germany, opposed membership in 2008, there were clearly stated concerns regarding reform at the time. Given that Fidesz—Orbán’s party—now has a supermajority compared to its position in 2008, Orbán will face less domestic scrutiny if he chooses to veto Sweden and Finland’s accession with a flimsy pretext.

Consequently, unless managed, Hungary may obstruct NATO expansion in the Nordic region. In this scenario, while Turkish security concerns underpinned its resistance, Hungary has no real conflict with either Nordic state which would make a compromise difficult. If this happens Brussels should drop any attempts to placate Orbán and his Fidesz party through the EU or NATO. While Orbán has built a political brand around being a Euroskeptic, Hungary is utterly dependent on the EU for trade and public investment. Additionally, it is surrounded by NATO members. Even if placed under significant pressure it is unlikely to leave NATO for the Collective Security Treaty Organization or a third path.

Unfortunately, Budapest scored two recent wins against the European Commission in favor of Russia: a Hungarian exemption for the Russian oil embargo and removing KGB agent-turned-Orthodox leader Patriarch Kirill from the latest sanctions package. This will likely reinforce Hungary's belief that it can leverage obstructionism against NATO. Budapest may use a veto threat to dissuade Brussels from punishing it for democratic backsliding, but such a concession would be destructive to the institution’s status as a community of values. The EU has additional tools to pressure the rogue state and limit its leverage, including utilizing Article 7 to suspend voting rights and pursuing the elimination of the unanimity rule.

Despite this potential obstacle, the likelihood of an expedited accession process for Sweden and Finland appears high. NATO and the EU must also demonstrate continued clear support for Sweden and Finland’s accession to NATO. While Turkey maintained its initial opposition, Hungary appeared to take a quiet stance and allowed Ankara to remain in the hot seat. Now that Turkish concerns have been resolved, NATO should be prepared to utilize a heavy hand against Budapest should Hungary attempt a last-minute veto or seek concessions for Sweden and Finland’s accession. Additionally, given the successful negotiations with Ankara, NATO could gain its support to help pressure Budapest, whom it usually enjoys a strong relationship with. Erdoğan could be convinced to pressure Hungary if he feels that obstructionism would jeopardize his win in Madrid. Additionally, given Budapest’s support for granting Ukraine candidacy status with the EU, the prospects of convincing it to support the accession of Sweden and Finland into NATO remain optimistic. However, if the sanctions debacle is a precedent, then Budapest will only sell its support for a price.

Mitch Ruhl is a national security specialist based in Washington, D.C. He is passionate about twentieth and twenty-first century military history, its relationship with politics and society, and transatlantic relations.