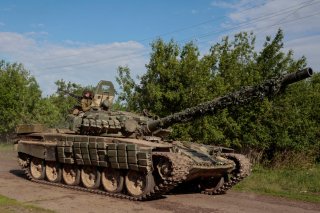 As Moscow and Vilnius trade conflicting demands over transit routes, Russia’s exclave of Kaliningrad could become the next flashpoint in the Kremlin’s standoff with the West.

Russian officials lashed out after Lithuania banned the passage of sanctioned goods through its territory into Kaliningrad, a Russian exclave between Poland and Lithuania.

"We pointed out in this regard that if the transit of goods between the Kaliningrad region and the rest of Russia through Lithuania is not fully restored, Russia reserves the right to take action to protect its national interests," Russia’s Foreign Ministry said in a statement on Monday.

The Kremlin has decried the move as illegal and provocative. "Russia will certainly respond to such hostile actions. Measures are being worked out in an interdepartmental format and will be taken in the near future. Their consequences will have a serious negative impact on the Lithuanian population,”  Nikolai Patrushev, secretary of the Security Council of the Russian Federation, told Russian state news.

The leadership of the European Union (EU) maintains that Lithuania is merely upholding the EU sanctions regime established in response to Russia’s invasion of Ukraine. "I had a 20-minute meeting with Deputy Foreign Minister Alexander Grushko. We exchanged on the situation of transit to Kaliningrad through Lithuania," said EU ambassador to Russia Markus Ederer, according to Russian state news. "I had the opportunity to make clear Europe’s position of … the transit for people along sanctions, this is functioning normally and lastly that Lithuania is not taking unilateral issues, but is implementing the EU sanctions. I appeal to the Russian side to remain cool-headed, not to escalate, neither in words, nor in deeds and settle this dispute by diplomatic means."

The list of goods banned for transit into Kaliningrad includes industrial and construction equipment, machine tools, industrial machinery, and some luxury items, including caviar and perfumes, largely mirroring the general catalog of EU sanctions against mainland Russia.

Lithuania’s decision has sparked renewed concerns that the Russia-West proxy conflict in Ukraine could spill over into a wider regional war.  Lithuanian commentators have warned that Russia could try to seize the Suwalki Corridor, an area running through Lithuania and Poland that separates Russia’s ally of Belarus from Kaliningrad. Control over the Suwalki Corridor would give Russia a direct path to Kaliningrad through Belarus. However, this scenario likely involves a shooting war between Russian-Belarusian troops and NATO forces on the alliance’s eastern flank.

The Kremlin has so far not openly suggested that it is considering taking military action over Lithuania’s new transit restrictions. Russia retains the ability to transfer goods to and from Kaliningrad by sea.