Will the Transatlantic Coalition Against Russia Hold? 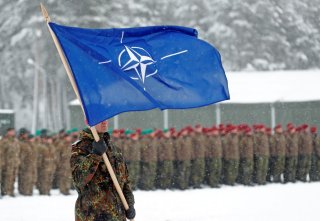 U.S. policymakers often point to the Western sanctions levied on Russia as evidence of a unified international response to the war in Ukraine. For example, when asked by a reporter last week about whether French president Emmanuel Macron’s peace overtures raised concerns that transatlantic unity could hold up “under pressure,” U.S. ambassador to the Organization for Security and Co-operation in Europe Michael Carpenter responded by pointing to the European Union’s (EU) six sanctions packages as evidence that there is “tremendous unity” with only “[o]ccasional differences on tactics.”

Yet, upon close examination, the fissures and divides that existed in Europe prior to the Russo-Ukrainian War have not disappeared. Unless the Biden administration executes a sharp change in policy, divides within the transatlantic coalition assembled against Russia risk making the United States a spectator, rather than a participant, in the peace process. If U.S. policymakers hope to have a hand in crafting a settlement that will set the stage for a lasting peace—and an eventual thaw in U.S.-Russia relations—they must adopt a different strategy that looks beyond the next lethal aid package sent to Kyiv.

The sustainability of the U.S. maximum pressure campaign hinges on support from allies and partners, particularly in Europe. As Secretary of State Antony Blinken has repeatedly touted, countries that make up “well over 50 percent” of global gross domestic product (which also includes Japan, South Korea, and Australia) are acting in concert to impose economic and financial costs on Russia for its invasion of Ukraine. This gives the United States, as well as its allies and partners, a unique bargaining advantage if sanctions relief is tied to limited and achievable policy goals.

So far, the coalition assembled by Washington to isolate Russia has held the line, even if the stated goal of “weakening Russia” and, as President Joe Biden outlined in a New York Times op-ed, arming Ukraine to be in “strongest possible position at the negotiating table” has yet to be achieved. The military and political balance, however, has tilted decisively in Russia’s favor as it continues to grind away at Ukrainian positions in the Donbass region, take control of major urban centers, and degrade Ukrainian combat power. While U.S. policymakers are skeptical about the prospect for peace talks between Russia and Ukraine, other international mediators have stepped in to fill the void.

Accordingly, the strength of the coalition assembled by the Biden administration deserves a critical assessment. A revealing New York Times report from June 11 noted that “with the conflict in its fourth month, U.S. officials are facing the disappointing reality that the powerful coalition of nations — stretching from North America across Europe and into East Asia — may not be enough to break the looming stalemate in Ukraine.” The Biden administration has failed to convince nominal partners, including India, Brazil, and the Gulf states, “to join the campaign of economic sanctions, military support and diplomatic pressure to further isolate Russia and bring a decisive end to the war.”

Similarly, it would also be a mistake for U.S. policymakers to assume that European allies will continue to view it as in their best interests to follow Washington’s lead, especially as the war turns in Russia’s favor. Different alignments, threat perceptions, economic constraints, and historical perspectives temporarily subordinated for larger purposes will reemerge as the war of attrition in Ukraine grinds on. Powerful Western European allies are likely to begin eschewing isolation as a policy goal in favor of peace negotiations to achieve a settlement with Russia.

There are three axes that shape European foreign policy trends and discourse. The first, which revolves around Paris and Rome, prioritizes dialogue with rivals and prefers independence from Washington. Save for Turkish president Recep Erdogan, Macron and Italian prime minister Mario Draghi have been in contact with Russian president Vladimir Putin more than any other world leaders throughout the war. On more than one occasion, Macron has called for the West to avoid “the temptation of humiliation” and offer a diplomatic off-ramp for Putin when the fighting ends. For his part, Draghi has been active in pushing for talks that would allow Ukrainian grain to be exported through the Black Sea and help relieve global food insecurity.

Another partner of this axis includes Hungary, whose leader, Prime Minister Viktor Orban, won re-election in April partly on a nationalist anti-war message. Hungary, a landlocked country that imports 85 percent of its gas supply and 65 percent of its oil supply from Russia, held up the latest EU sanctions package to win an exemption for pipeline oil. Additionally, even though Hungary has absorbed over 740,00 Ukrainian refugees (per the latest United Nations data), Budapest has declined to contribute lethal aid or allow its territory to be used to facilitate weapons transfers directly to Ukraine.

The second axis, which has pushed the hardest for a complete Russian energy cut-off, lethal aid deliveries, economic sanctions, and support for Kyiv’s maximalist military aims, includes the United Kingdom, Poland, the Baltic states, Slovakia, and the Czech Republic. Poland and the Baltic states have, for historical and geographical reasons, traditionally embraced a hawkish stance towards Russia. More importantly, Eastern Europeans have been the most ardent opponents of French proposals for alternative pan-European defense structures that they fear might alienate Washington, whom they view as their most reliable ally.

Enthralled by the mythology of the “special relationship,” British prime minister Boris Johnson’s government has marched in lockstep with the Biden administration’s policies on Ukraine. In a speech in late April, Foreign Minister Liz Truss stated that the United Kingdom “will keep going further and faster to push Russia out of the whole of Ukraine.” Instead of embracing a sensible posture of offshore balancing, the United Kingdom’s new raison d'être in foreign policy appears to be fighting a proxy war against a nuclear great power.

The final axis revolves around one capital: Berlin. German chancellor Olaf Scholz has, in the mold of his predecessor, tried to shape an EU consensus on Ukraine that the first and second axes can accept. In practice, this means cautiously supporting sanctions, approving select weapons transfers, and calling for a diplomatic settlement. Germany’s approach reflects a balanced foreign policy that buck-passes security costs to the United States, dilutes French proposals for alternative pan-European defense structures, and engages in robust commerce and diplomacy with great power competitors, like Russia. Germany’s double-dipping bargain satisfies the preferences of both axes who, though often unhappy with Berlin’s conservatism, cannot construct a new consensus on their own.

Scholz has come under withering criticism for vague and belated policy decisions related to energy sanctions and weapons transfers. Yet, with the military balance favoring Russia and the European Union unable to levy further sanctions without incurring unacceptable domestic costs, Scholz will find it easier to draw on the German Ostpolitik tradition and join Macron and Draghi in working to advance peace negotiations. This trilateral grouping composed of the European Union’s largest economies will undercut the isolation strategy embraced by Washington and the London-Eastern European axis.

If these developments bear out, Washington should reconsider its posture towards the Russo-Ukrainian War. So far, the Biden administration’s approach has assumed that transatlantic unity and cooperation could help Kyiv blunt Russia’s invasion. But if “victory” requires the forceful expulsion of Russian forces from the Donbass region and Crimea (or even just the former), critical Western European allies will break ranks rather than endure the grinding pace of endless attritional war.

The London-Eastern European axis will not favor a shift away from isolating Russia. However, the Biden administration should make it clear to these allies that its goals for the war have changed given that the military balance favors Russia and Ukrainian combat power is being irreversibly degraded. A change in policy that instead prioritizes coordinated diplomatic initiatives from Washington, Paris, Rome, and Berlin could restart negotiations between Moscow and Kyiv. It would be an effective way to leverage the collective strength of the transatlantic coalition and signal to Moscow that the West is ready to discuss a settlement. Far from being an act of appeasement, it would be prudent for Washington to join its European allies in pursuing dialogue to end the war in Ukraine.