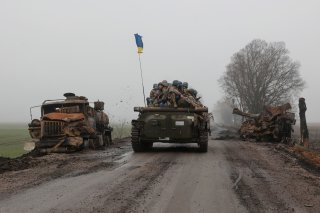 After the United States entered the twenty-first century with expanded global ambitions and an unrivaled position in the global financial system, sanctions became, as the Biden administration’s sanctions review put it, “a tool of first resort to address a range of threats.” Since 2000, the number of U.S. sanctions designations has increased almost 1,000 percent, and as the use of sanctions has expanded, so too has the scope of their aims. Although sanctions have crippled national economies, they have rarely achieved their maximalist objectives, and causing economic pain has become an end in itself. With the threat of an even bloodier escalation in Ukraine looming, the United States has an interest in ensuring that this result is not replicated in its sanctions campaign against Russia.

As supporters of the United States’ approach to sanctions are quick to note, there is no question that U.S. sanctions can do incredible damage to the economies they target. The Trump administration’s “maximum pressure” campaigns devastated the Iranian and Venezuelan economies, and the Biden administration’s use of “economic tools” against the Taliban has put Afghanistan through one of the most severe economic shocks in recent history. Likewise, the sweeping sanctions imposed on North Korea and Syria have isolated both countries from the international financial system and taken a heavy toll on their economies. Yet while they inflicted incredible economic pain, these campaigns completely failed to achieve their stated goals.

For instance, rather than quickly negotiating a “better deal,” Tehran expanded the very activities that the U.S. maximum pressure campaign sought to contain, and the distrust sowed by the Trump administration’s unilateral withdrawal still plagues ongoing negotiations to re-enter the nuclear deal. In Caracas, despite the severe impact of U.S. sanctions on the Venezuelan economy, Nicolas Maduro has cemented his repressive rule, with the military now united behind him and an “alliance of pariah states” helping blunt the toll of sanctions. In Afghanistan, the humanitarian crisis caused by the financial restrictions has not stopped the Taliban from implementing increasingly repressive policies, including ones that violate major Western preconditions for sanctions relief. North Korea remains a hostile nuclear power despite years of sanctions, and Bashar al-Assad, whose violent struggle to remain in power only became more brutal as the list of sanctions grew, is now firmly entrenched in power on the eleventh anniversary of the beginning of the Syrian Civil War.

The United States’ maximalist demands and objectives, often perceived by the targeted governments as threatening to their core interests or survival, explain its unsuccessful sanctions policy. Making matters worse, when its initial hardline demands are not met, the United States often doubles down, treating economic pressure as an end in itself and believing that applying more will ultimately bring capitulation. Secretary of State Mike Pompeo’s twelve demands for lifting sanctions on Iran would have amounted to a wholesale rewriting of Iranian foreign policy or even necessitated regime change in Tehran. And despite clear signs that Maduro and Assad were willing to do anything to remain in power, Washington remained committed to its demands for regime change as both leaders consolidated control over their countries. More recently, the Biden administration has made sanctions relief dependent on the Taliban ending some of the repressive practices that it fought for decades to impose.

In all of these cases, autocratic rulers proved that no amount of economic pain will coerce them into accepting ultimatums that will threaten their core interests or hold on power. The United States’ tendency not to offer realistic avenues for sanctions relief further undermines the coercive power of U.S. sanctions. When the United States imposes sanctions with vague or ever-increasing conditions while avoiding diplomatic engagement, sanctioned governments often come to believe that there is no prospect of the sanctions ever being removed. This, combined with the threat of sanctions being reimposed if the political winds in Washington shift, eliminates any incentive governments have to make the major concessions demanded by the United States.

Despite this remarkably poor track record, it is not surprising that politicians have come to see sanctions as a risk-free, technocratic tool to address an array of challenges. Political considerations aside, many policymakers view applying economic pressure—disconnected from any realistic policy goals or broader strategy—as an end in itself. Elliott Abrams, a key player in the Trump administration’s sanctions campaigns, offers a succinct encapsulation of this view: “Whenever we hear that ‘the maximum pressure campaign failed,’ we ought to recall that … Iran’s reserves almost disappeared.” This approach to sanctions is not limited to a few hardline officials like Abrams; a recent government report found that while the Treasury, State, and Commerce Departments evaluate the economic impact of sanctions, they do not carry out “assessments of the effectiveness of sanctions in achieving broader U.S. policy goals.” Stunningly, the sanctioned governments’ actual behavior has become a secondary concern for those who see economic pain as the ultimate metric of success.

Just as the Biden administration’s threat of sanctions was never going to deter Vladimir Putin from invading Ukraine—where Putin felt Russia’s core interests were under threat—there is no reason to believe that the pain of sanctions alone will now force Putin to withdraw. The Russian military’s actions in Ukraine have been appalling, but using sanctions to punish Russia for punishment’s sake is not a coherent strategy to stop the fighting. As Ukrainian president Volodymyr Zelenskyy recognizes, the war in Ukraine, like almost all wars, will only be ended through a negotiated settlement. Reaching such an agreement will likely be impossible if the Kremlin does not believe it will receive sanctions relief. Unfortunately, it appears increasingly likely that the United States and its allies may repeat the mistakes of the past and squander the leverage accrued by the crippling sanctions they have imposed on Russia.

Indeed, the United States has not expressed what Russia must do for sanctions to be removed, and it is not even certain that it will lift them if Ukraine and Russia reach an agreement. And as the war has gone on, a growing number of U.S. lawmakers have called for sanctions to remain in place as long as Putin is in power. Following last week’s U.S.-EU summit, the Financial Times reported that there was “no debate” regarding potential off-ramps for Putin, with the Western powers instead preparing for a long-term sanctions campaign and agreeing not to tie progress in the peace talks to any sanctions relief. By failing to offer clarity on the aims of the sanctions and the possibility of their removal, the West risks diluting the sanctions’ coercive power and leaving Putin without any incentive to end the fighting. If Russia is destined to be crippled by a long-term economic war, Putin may feel that his hold on power could be threatened by leaving Ukraine without victory, leading him to escalate even further.

Even more concerning, Western officials have made a number of statements that could exacerbate Putin’s paranoia and make him fear that the sanctions are being used in an effort to oust him. In the same week that Biden declared that Putin “cannot remain in power,” Bloomberg revealed that a senior Biden official said, “The only end game now is the end of [the] Putin regime,” while a senior British official argued that “the U.K.’s No. 1 option is for the conflict to be extended and thereby bleed Putin.” If Putin, who is famously haunted by the possibility of meeting a similar fate as Muammar el-Qaddafi, believes the West is truly attempting to oust him, he will very likely take drastic measures that could lead to a catastrophic confrontation between nuclear powers. So while Biden may say that he does not care what Putin thinks about his regime change gaffe, the possibility of a negotiated settlement and the risk of a dangerous escalation both depend on what Putin thinks the West’s intentions are.

All signs suggest that Kyiv intends to resolve this conflict at the negotiating table and is open to making concessions on key issues such as neutrality. While the United States should not negotiate over Ukraine’s head or lift any sanctions without tangible Russian concessions, its position as the leading force behind the coordinated sanctions architecture means that it will have to play a critical role in facilitating any potential settlement. With Russia’s assault growing more horrific by the day, Washington cannot just wait it out, hoping that sustained economic pressure alone will bleed Putin and make him cave eventually. The United States and its allies must quickly make a course correction if there is to be any chance of Ukraine negotiating the settlement necessary to end the war. They should begin by openly stating that the sanctions are only intended to secure an agreement and will be immediately lifted if one is reached. If progress is made in the peace talks, it is essential that the United States works with its partners to clearly outline what Russia must do in return for sanctions relief.