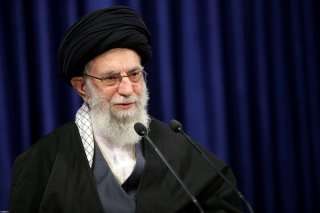 Forty-nine Republican senators announced in a statement on Monday that they would not support President Joe Biden’s prospective nuclear deal with Iran. The Republicans vowed that they would “reverse” it their party regained power on Capitol Hill or in the White House.

“A major agreement that does not have strong bipartisan support in Congress will not survive,” the statement said. The original Iranian nuclear deal, the “Joint Comprehensive Plan of Action” (JCPOA), was enacted in 2015 over fierce Republican objections, only to be abandoned by President Donald Trump three years later.

In the statement, the Republican senators objected to the notion that the Biden administration would “conclude an agreement with Iran to provide substantial sanctions relief in exchange for merely short-term limitations on Iran’s nuclear program.”

“By every indication, the Biden Administration appears to have given away the store,” the statement said. “The administration appears to have agreed to lift sanctions that were not even placed on Iran for its nuclear activities in the first place, but instead because of its ongoing support for terrorism and its gross abuses of human rights. The nuclear limitations in this new deal appear to be significantly less restrictive than the 2015 nuclear deal, which was itself too weak, and will sharply undermine U.S. leverage to secure an actually ‘longer and stronger’ deal.”

The senators were also concerned that a new deal would allow for Tehran to strengthen its economic partnership with Russia and China, putting it further outside America’s ability to enact policy changes through sanctions.

The statement also criticized the failure of the Biden administration to submit the deal to the Senate in the form of a treaty, as most foreign agreements are. The senators claimed that they would be “willing and eager” to support an agreement that resolved Iran’s ballistic missile program and support for foreign proxy militias, but would block the current agreement, which only concerns Tehran’s nuclear program.

The statement was signed by every Republican senator except for Sen. Rand Paul (R-Ky.), who told Politico that he would wait and see what the final deal contained before deciding to support or oppose it.

The original JCPOA exchanged limits on Tehran’s ability to enrich uranium for partial U.S. sanctions relief, although sanctions imposed on Iran for non-nuclear reasons were left in place. At the time, however, Republican lawmakers objected to the “sunset clauses” in the provisions, which would allow Iran to continue its enrichment activity after a period of ten to fifteen years. The Obama administration pointed out that sanctions could be reimposed if Iran resumed nuclear enrichment, but Republicans countered that Tehran would have had a decade free from sanctions to build up cash reserves and prepare for their re-imposition.