Senate Republicans Threaten to Block Any Nuclear Deal With Iran 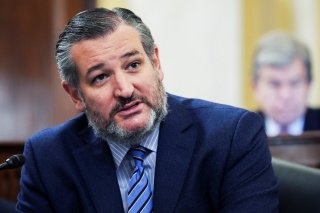 With the beginning of the eighth and possibly final stage of the Iranian nuclear negotiations in Vienna, U.S., European, Chinese, and Iranian diplomats have reportedly made progress toward a negotiated return to the “Joint Comprehensive Plan of Action” (JCPOA), the 2015 nuclear accord that placed strict limits on Iran’s ability to enrich uranium in exchange for substantial sanctions relief.

However, even if negotiations are successful in Vienna, the deal faces a potential roadblock in Washington. Congressional Republicans, who largely opposed the original deal and were instrumental in securing the U.S. withdrawal in mid-2018 under the administration of former President Donald Trump, have indicated that they might attempt to block a return to the deal if the conditions are too lenient on Tehran.

On Monday, Sen. Ted Cruz (R-TX) and thirty-one other Republican senators indicated in a letter to President Joe Biden that he would be required to submit any potential agreement to the Senate for its approval. The group warned Biden that Congress would review the deal and determine what action to take, “includ[ing] the possibility of Congress blocking implementation of the agreement.”

The letter cited the Iran Nuclear Agreement Review Act (INARA), a piece of legislation passed in 2015 with a large bipartisan majority in both houses of Congress, which the letter suggested gave Congress the right to evaluate “any agreement related to the nuclear program with Iran.”

"As a threshold matter, we reiterate our view that any agreement with Iran regarding its nuclear program is of such gravity for U.S. national security that by definition it is a treaty requiring Senate advice and consent," the senators wrote in the letter.

Biden administration officials have pushed back against this interpretation, claiming that Congressional review of the deal had already taken place in 2015 when it was originally approved and the current negotiations merely represented a return to the first agreement.

Although the other members of the “P5+1” signatories to the original agreement—China, Russia, the United Kingdom, Britain, and France—remained within the deal, and Tehran initially vowed to keep its commitments under the agreement, it gradually ceased its participation. Iran suspended the deal altogether in the aftermath of the assassination of Quds Force commander Qassem Soleimani in January 2020.

Trump’s policy of “maximum pressure” on Tehran through extensive sanctions severely damaged the Iranian economy, leading to a massive loss of investment inside Iran and causing the rial, Iran’s currency, to collapse in value. However, it also drove the Iranian economy to become largely self-sufficient and gave Tehran valuable experience in evading international sanctions.

Supporters of the maximum pressure policy have argued that it should be maintained until Tehran voluntarily relinquishes its nuclear program altogether and curtails its other controversial foreign policy goals, including the development of ballistic missiles and support for regional Shia militias including Hezbollah in Yemen.

The policy’s detractors, including the Biden administration, have argued instead that Trump’s withdrawal from the deal led Iran to grow much closer to the development of a nuclear weapon.