World War III Cometh: These Are 2020s 5 Most Dangerous Hotspots 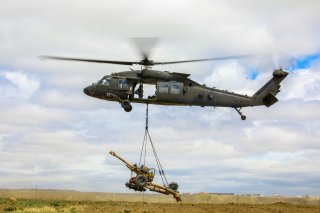 Here's What You Need To Know: The prospect of global conflagration in 2020 is low. Everyone awaits the result of the U.S. election, and a better understanding of the direction of US policy for the next four years. Still, every crisis proceeds by its own logic, and any of Pakistan, India, China, Israel, Iran, Turkey, or Russia might feel compelled by events to act.

None are particularly likely, but only one needs to catch fire. Let the wars begin!

The Trump administration continues to seem to hold out hope that a deal with North Korea could improve its electoral prospects in November. But North Korea has no interest in the terms Trump is offering, and has become increasingly emphatic about making its disinterest clear.  Recently, North Korea promised a “Christmas present” that many in the United States worried would be a nuclear or ballistic missile test. It turned out to be nothing of the sort, but if North Korea decides to undertake an ICBM or (worse) nuclear test, the Trump administration might feel the need to intervene forcefully. In particular, President Trump has a reputation for pursuing a deeply personalistic foreign policy style, and might feel betrayed by Supreme Leader Kim, producing an even more uncertain situation.

Dr. Robert Farley, a frequent contributor to TNI, teaches at the Patterson School of Diplomacy and International Commerce at the University of Kentucky. He is the author of the Battleship Book and can be found at @drfarls. This first appeared last year.