Would a Chinese Invasion of Taiwan Kill the Global Economy? 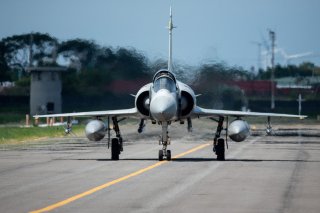 In recent days, China has initiated a number of provocative military exercises in the waters around Taiwan in response to U.S. speaker of the House Nancy Pelosi’s visit to the island. Yet while tensions in the western Pacific have approached “crisis” levels, there is reason to believe that a war over Taiwan is not imminent.

Indeed, a lesser-known dimension of the crisis is that Taiwan’s trade, manufacturing, production, and surrounding waterways are essential to the global economy. However, observers say this could be in jeopardy amid current instability in the area.

China’s move to fire missiles near or directly over Taiwan, coupled with the staging of maritime combat preparation exercises in the adjacent waterways, introduces the risk of economic disruption or instability.

Senior Pentagon leaders are expressing grave concern that China’s aggression and provocations amount to a transparent effort to change the status quo in favor of a Chinese takeover or occupation of Taiwan.

“I think a lot has been made of them -- of the missile strikes, but really, it's the activities in the Strait itself -- the sheer number of maritime and air assets that are crossing over this kind of de facto center line, creeping closer to Taiwan's shores, where it's clear that Beijing is trying to create a kind of new normal, with the goal of trying to coerce Taiwan, but also frankly, to coerce the international community, given the importance of the Taiwan Strait to the global economy,” Colin Kahl, U.S. undersecretary of Defense for policy, told reporters August 8 according to a Pentagon transcript.

Kahl pointed out that the Pentagon has been consistent in its support for Taiwan, meaning that it has not changed its position on the status quo despite indicating that it could come to Taiwan’s aid in the event of a Chinese attack.

“We don't support China using its military actions against Taiwan, we don't support Taiwan moving towards independence. Our policy has not changed its support for the status quo. China's policy is what's changed, and clearly, what they're trying to do is salami slice their way into a new status quo,” Kahl said.

While the U.S. Navy has been careful not to “ratchet up” its activities or gesture toward any kind of direct confrontation with Chinese forces near Taiwan, it has continued its routine carrier and amphibious ship deployments in the region, something which has been common practice for many years now. Clearly, any Pentagon and U.S. Navy deterrence posture would rely upon a forward-positioned presence in terms of demonstrating an ability to respond to any Chinese invasion. Recently, Reuters reported that the U.S. Navy’s USS Tripoli amphibious assault ship was operating in the area and made specific reference to the presence of U.S. stealth fighters in the region. An America-class amphibious assault ship, for example, much like the Tripoli, operates with an ability to travel with as many as thirteen to fifteen F-35B stealth fighters that are able to conduct vertical take-off-and-landing missions near Taiwan.

“Taiwan itself is, you know, among the most impactful economic entities on planet Earth.  I mean it proves something like 70 to 90 percent of the most advanced semiconductors that everybody's iPhone and laptops and everything else runs on. So obviously there could be a point at which the PRC [People’s Republic of China] could engage in activities that would have economic consequences not just for Taiwan but for the world economy,” Kahl said.