Yes, China Can Pummel U.S. Bases in Asia with Missiles 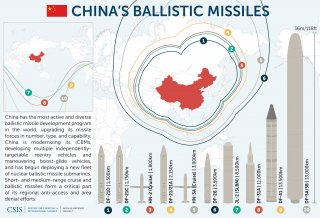