Yes, Even With the Purges, Turkey's Military Is a Beast to Be Feared 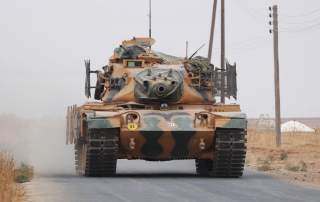 Key point: Ankara weakened its military through repeated purges after a failed coup in 2016, but its forces remain formidable. Indeed, Turkey boasts one of the largest and best-equipped militaries in the region.

Kyle Mizokami is a writer based in San Francisco who has appeared in The Diplomat, Foreign Policy, War is Boring and The Daily Beast. In 2009 he cofounded the defense and security blog Japan Security Watch. You can follow him on Twitter: @KyleMizokami. This article first appeared earlier in 2019.