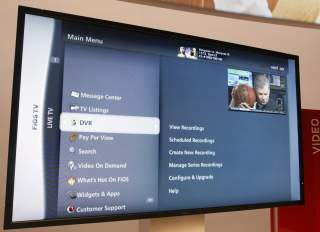 In an effort to differentiate itself from legacy cable service providers, Verizon’s Fios TV gets an “A” for gumption. But it may already be too late to change how TV and movies are consumed.

Verizon has introduced a more customized pricing model for its Fios TV service. This enables customers to personally choose what channels and services they want in the package. You would think this would ease the high-jacking of your wallet—but you are sorely mistaken.

Verizon asserts that this pricing change simplifies the entire cable sign-up process, but it seems like it’s simplifying how to take your money faster. For a “test drive” of the service, it will set you back $50. After the trial run (where you pick five channels, and the service will supposedly know your likes and dislikes), you’ll probably settle on the $70 or $90 tiers, as they do offer regional sports networks and movie channels.

Those frustrated with “hidden” costs like the regional sports fees might want to jump for joy, but you might quickly sit down and shake your head when you understand that they are just included in the inflated price. Then tack on the taxes as well. In todays streaming world, the $70 and $90 tiers will surely struggle with the likes of YouTube TV, Roku and Netflix. In fact, if you just need a general fix on today’s content, the Amazon Fire TV Stick or Roku should be more than enough -- and it will only cost you $30 to $40.

But, hold up, it already seems that Verizon understands the current streaming landscape, as the company recently released the Android-run Stream TV, albeit very quietly. In short, this is Verizon’s answer to Roku or YouTube TV, in which the objective seems to be offering customers their favorite streaming apps, while getting them to use Verizon’s network for internet access.

Even with this in mind, Fios TV will only be a blip in the streaming universe. For one, the service is only available in nine states, so the majority of the country won’t even know it exists. But if you really had to choose a legacy cable service? Well, with a little twist of the arm, it can’t be any worse than AT&T U-verse or DISH.

Fios TV comes with a no-contract option to boot, and some might personally like to see if Fios TV can actually pinpoint their favorite channels without actually saying so. And if you already get your internet service via Verizon, you can get up to $10/month off your Verizon wireless bill and Fios bill. There are surely better options out there, so the smart choice is to wait out the legacy cable dead-cat bounce and see who remains standing when the dust finally settles.