Is Your Brand-New Windows 10 PC Really Slow? Use This One Trick To Speed It Up. 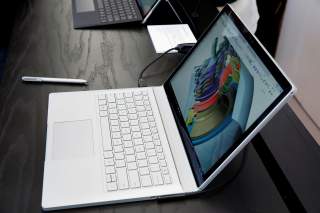 There is nothing more aggravating than getting a new PC home, unboxing it and discovering a horrifying fact: it is really, really slow. And worse still, it takes forever to boot up.

This happens more than you think. When I worked in the telecom and PC repair industry, I used to hear countless tales of people paying $1000.00 or more on a new PC only to discover it might even feel slower than their old setup from two, three or even five years ago. Even to this day, friends who know of my interest in technology complain to me quite frequently about how their computer takes a long time to boot, is slow using basic programs like Word or Chrome, or they are just disappointed in the computer’s overall performance.

Assuming for a moment the user bought a cheap computer that just can’t deliver the performance that is needed, there is one way I have found over two decades of repairing computers and building them to speed up your PC: reducing all of the programs that turn on when the computer boots.

You may not know this, but your new computer comes with countless pieces of software that start the second your computer starts. They sit in the background and not only add seconds to the boot time of your computer but slow it overall because they don’t shutdown. Imagine spending a good chunk of change on a new computer that has the latest specs and its slow just because of software that is loading in the background you don’t want, don’t need and don’t care about. Or worse still, some of that software may be tracking your usage, trying to sell you something or is actually a form of spyware. That is just terrible.

The good news is there is a very simple way to stop many of these programs from loading. On your Windows 10 machine, go the bottom left corner in the search box and type in “task manager” (note: you do this at your own risk, and we assume no liability if you make a mistake). A small box will pop up, giving you a readout of what is running on your machine, how much memory, CPU power and other parts of your system are running and at what percentage of their overall capacity. It’s a great tool to see if you might need an upgrade in a certain area, if something is going wrong or a certain program is a resource hog that might need to go. I have even used it in the past to find and track down malware that was sucking up system resources when a standard malware scan could not find it.

After you get into task manager, click on the tab that says startup. There you will see all of the programs that load on your computer when you start as well as their potential impact. Now, this can get tricky, as you don’t want to shut off vital functions, so be very careful. However, I shut down anything and everything besides my virus scanner. All you do is right-click on the item and click disable. The good news is if you make a mistake, you can go back and undo it.

While this simple tweak won’t solve all computer speed issues, if programs are the reason your new computer is slow overall or boots slowly this should help dramatically.