Your F-35 Is In Another Castle: Why Turkey Might Buy Russia's Su-35 Fighter 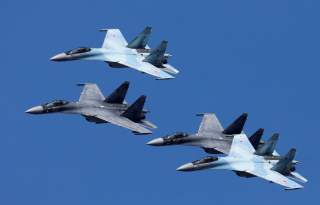 Key point: If NATO can dismiss the S-400 deal as an unfortunate one-off affair, then a Su-35 import contract would confirm what some western analysts maintain to be a long-term reorientation in Turkish defense priorities.