Zap: The Navy Loves the Idea of Putting Lasers on Its Destroyers 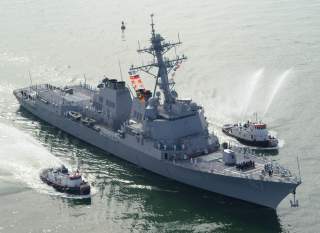 Key Point: Sci-fi no more, the Navy will add laser cannons to one of its ships. This is a test to see if other warships could fire lasers at incoming drones or missiles.