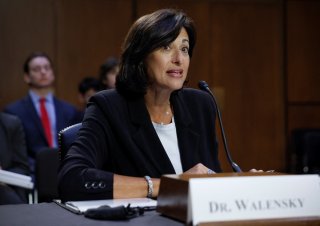 Data compiled by the U.S. Centers for Disease Control and Prevention (CDC) revealed that there were 2.5 million total STD infections in 2021, up from a record 2.4 million in 2020.

For syphilis—a bacterial disease that surfaces as genital sores but can ultimately lead to severe symptoms and even death if left untreated—infection rates skyrocketed by 26 percent. Last year, the rate of syphilis cases reached its highest since 1991, and the total number of cases hit its highest since 1948.

“We now have the highest rate of syphilis since the Truman administration,” David Harvey, executive director of the National Coalition of STD Directors, told the news outlet, adding that the situation is “out of control.”

Meanwhile, rates of congenital syphilis—when infected mothers pass the disease on to their babies, potentially leading to death of the child or health problems like deafness and blindness—also saw an alarming rise of 24 percent in 2021. Additionally, HIV cases climbed by 16 percent, gonorrhea by 2.8 percent, and chlamydia by 3 percent.

“It is imperative that we ... work to rebuild, innovate, and expand [STD] prevention in the U.S.,” Dr. Leandro Mena, the director of the CDC’s Division of STD Prevention, said in a speech at a medical conference on Monday, per the Associated Press.

Mena noted that officials are currently working on new approaches to address the surging number of cases, such as home-test kits for some STDs that will make it easier for people to learn that they are infected and to take steps to prevent spreading it to others.

The news agency reported that another expert stressed that a core part of any effort must focus on increasing the use of condoms.

“It's pretty simple. More sexually transmitted infections occur when people are having more unprotected sex,” said Dr. Mike Saag, an infectious disease expert at the University of Alabama at Birmingham.

Mena also called for reducing stigma, expanding screening and treatment services, and supporting the development and accessibility of at-home testing.

“I envision one day where getting tested [for STDs] can be as simple and as affordable as doing a home pregnancy test,” he said.