Another $1,400 Stimulus Check? Why a New Stimulus Payment Is Possible. 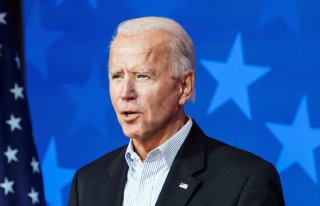 The $1,400 checks from the American Rescue Plan have continued to go out in recent weeks, with the latest round of checks amounting to about 2 million checks, with a toal value of about $3.4 billion.

And while the checks will continue to go out each week, there’s already a call in Congress to pass a fourth stimulus package, joining the American Rescue Plan and the two stimulus packages that passed in 2020, under the Trump Administration. A group of Democratic senators wrote a letter to the president earlier this spring asking to put additional checks in the “Build Back Better” infrastructure package, although Biden has not indicated so far that he’s inclined to take such a step, at least in the short term.

“We urge you to include recurring direct payments and automatic unemployment insurance extensions tied to economic conditions in your Build Back Better long-term economic plan,” the letter from the senators, who included Bernie Sanders, Elizabeth Warren and Ron Wyden, said.

“This crisis is far from over, and families deserve certainty that they can put food on the table and keep a roof over their heads. Families should not be at the mercy of constantly shifting legislative timelines and ad hoc solutions.”

Meanwhile, CNET recently took a look at ways that direct payments could be presented in another round of legislation.

The legislation could authorize another round of checks, or possibly recurring payments for some period of time. It could raise the minimum wage to $15 or some figure below it, which was originally a proposed component of the American Rescue Plan. The legislation could also extend unemployment benefits beyond September, and also extend or make permanent the extended child tax credit that was also part of the American Rescue Plan.

All of these ideas have hurdles, starting with a lack of bipartisan support, and the lack of a filibuster-proof majority for Biden’s party in the Senate. It’s also highly unlikely that the Senate will vote this year to eliminate the filibuster or otherwise change the roles for its use.

Those who have not received their $1,400 stimulus check from the Rescue Plan are advised to go to the IRS’ Check Your Payment tool, which will provide information about where the payment and when to expect it.

Larry Kudlow, who served as one of President Trump’s top economic advisers and now once again hosts a show on Fox Business, argued earlier this week that the stimulus funds allocated so far have provided economic benefit, but they’ve also served to help China, as Americans have rushed to purchase various goods that are made in China.