$1,400 Stimulus Check Never Came? Here Is How You Might Get One. 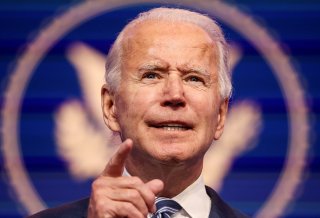 The $1,400 stimulus checks that were mandated by the American Rescue Plan are currently rolling out, with another two million or so of the checks going out in the most recent round. The latest round had a total money value of about $3.4 billion.

How can you check whether your payment is on the way? The IRS offers a dedicated website for that, called the IRS Get My Payment tool.

“Find out when your third Economic Impact Payment is scheduled to be sent, or when and how we sent it with the Get My Payment application. Get My Payment updates once a day, usually overnight,” the website says.

Taxpayers are asked to not call the IRS directly, since the agency is does not have information beyond what its available on the website.

There’s a push underway to pass a fourth stimulus package, that would include another round of checks, although it doesn’t appear that there’s much political will for such a round, at least not in the near future. While a group of Democratic senators wrote to President Biden asking him to pass include another round of checks in his upcoming infrastructure package, but Biden did not include that request in his initial round of proposals for the “Build Back Better” plan.

The payments from the American Rescue Plan can be garnished by private debt collectors, after Congress did not include a provision disallowing that in the original legislation, as was the case with the CARES Act that passed earlier in the pandemic. More recently, prosecutors in Alabama have pushed to take away the stimulus payments for incarcerated individuals in that state, with the proceeds going to victims of crime. In Missouri, lawmakers are pushing to do something similar, for convicted criminals who owe restitution to victims.

One Indiana man didn’t get his stimulus check yet for something of a macabre reason: The IRS thinks he’s dead. The man was mistakenly placed on something called the Death Master File, a master list of deceased Americans that is shared by government agencies as well as parts of the private sector. Removing one's name from the Death Master File is apparently a nightmarish process, so the man is still owed the last three stimulus checks, as well as tax refunds from past years.