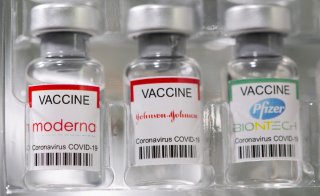 In the late spring and early summer, many areas in the United States declared an end to their coronavirus restrictions. Unfortunately, the resurgence of COVID-19—in the form of the highly contagious “delta variant”—has brought about a return to mask mandates in many areas.

The threat of the variant has also prompted concerns from vaccine makers that the pandemic will last longer than the immunity that a vaccine provides. Consequently, both Pfizer and Moderna have indicated that they support booster shots in the fall and winter, and Dr. Anthony Fauci, President Joe Biden’s chief medical adviser, admitted that a third shot would be needed “sooner or later.” In the United States, the Food and Drug Administration has approved a third dose of the Pfizer and Moderna vaccines to Americans with certain health conditions, such as compromised immune systems, that make them more vulnerable to COVID-19.

A key concern is the possibility that the cold of the winter months will cause more Americans to spend time indoors in poorly ventilated areas and in closer proximity to one another, possibly bringing about higher infection rates. The winter of 2020 saw a significant increase in COVID-19 infection rates in many countries, meaning that continued immunization has been a major priority for many health agencies around the world. Britain, France, Germany, and Israel have all announced their plans to provide booster shots to vulnerable groups, and Israel has already begun to administer extra shots to its citizens above the age of sixty.

However, opponents of booster shots have made several observations about the nature of the pandemic—mainly noting that, while the shots may be necessary in the future, the primary driver of the pandemic today is from unvaccinated people rather than “breakthrough” infections. Every dose that goes to an already-vaccinated person could be better used vaccinating someone new.

This stance has been supported by the World Health Organization (WHO), which opposes booster shots on the basis that they consume vaccine doses at a time when less than one-third of the world has received a single shot. The WHO has instead urged wealthier countries to donate their vaccine supplies to poorer ones, citing the massive disparity in vaccination rates between developed countries and developing ones. Tedros Adhanom Ghebreysesus, the Director-General of the WHO, argued that the intergovernmental agency would “not accept countries that have already used most of the global supply of vaccines using even more of it, while the world's most vulnerable people remain unprotected.”