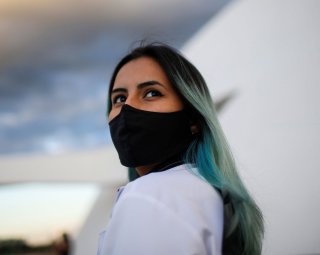 Belkin is a consumer electronics manufacturer best known for smartphone accessories, such as chargers, speakers, headphones and adapters. But now, amid the coronavirus pandemic, Belkin has announced that it is into a new product category: masks.

The company announced Thursday that it is making face masks available for purchase on its belkin.com website.

“Belkin has always been about solving human needs as they arise and with the second surge of COVID-19 in Belkin’s hometown of Los Angeles and around the country, the need for PPE sadly continues to be urgent,” Steven Malony, senior vice president of Belkin International, said as part of the announcement.

“Frontline workers are risking their lives each day to save the lives of others and to keep our economy running. We believe that wearing a mask is one simple action that we can all take to keep each other safe.”

Belkin is making both Belkin Face Masks, which are described as “single-use, disposable masks that provide a reliable and comfortable way to help cover the nose and mouth while outside and following CDC recommendations for safety.” The masks sell for $49.95 for a box of 50.

Also offered by the company is the ComfortFit Face Mask, which boasts Z Fold ear loops and includes “three layers of soft, breathable fabric.” Those sell for $19.99 for a box of 50.

In addition, the company announced that it is donating 25,000 masks each to Children’s Hospital Los Angeles and to the city of Los Angeles. Chet Pipkin, Belkin’s founder and CEO, is on the board of the Children’s Hospital. The company had earlier teamed up with the University of Illinois at Urbana-Champaign to develop the FlexVent ventilator.

Many companies in the tech industry have donated or otherwise provided masks for those in need during the pandemic. In March, Facebook announced that it was donating 700,000 masks to front-line workers, which led many observers to ask why, exactly, a tech company would have so many facemasks lying around.

The answer was that they were acquired in response to wildfires in Northern California. Other tech giants, such as Apple and Amazon, also announced around the same time that they were donating masks to health care workers.