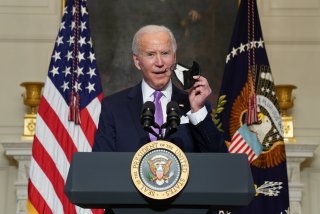 The distribution of direct federal stimulus payments continues, with the IRS now having sent over 164 million payments worth roughly $386 billion to eligible Americans. Distribution of these payments appears to be winding down, however, with over 85 percent of funds earmarked for use in stimulus payments now having been spent. The most recent batch of stimulus payments distributed by the IRS, moreover, appears to have been focused primarily on getting money in the hands of Americans whose payments were dependent on information contained in their 2020 tax returns, suggesting that most Americans who are eligible have already received their stimulus money.

Americans who are still in need of additional stimulus payment support have been coming together in increasingly large numbers to call for such measures, with over two million people now having signed a variety of petitions advocating for further payments. They have been joined by a growing number of Congressional Democrats who have also called on the Biden administration to push for additional stimulus payments. So far, the Biden administration has not signaled that it will do so.

Help may be coming soon, however, in the form of federal stimulus money sent to state and local governments. The American Rescue Plan, which initiated the distribution of the third round of stimulus payments, also included $350 billion to help state, local, territorial, and tribal governments respond to the pandemic in the form of the Coronavirus State and Local Fiscal Recovery Funds. Money through this program was designed to help eligible entities address specific needs brought on by the pandemic, including through support for households, small businesses, heavily impacted industries, and essential workers as well as though needed investments in water, sewer, and broadband infrastructure.

Until recently, however, specific guidelines regarding how the money, which by law is required to be distributed to state and local governments by May 10, has been absent.

That issue appears to have been addressed, however, following the federal government's distribution of guidelines to eligible governments. Most notably, these guidelines included a section detailing how these entities could provide direct financial assistance to Americans, with such payments possibly resembling those made by the federal government over the course of the three rounds of direct stimulus payments. This could mean that some Americans will be receiving an additional stimulus payment in the near future.

Eligibility for these payments will not be universal, with the guidelines stipulating that unemployed Americans as well as low-to-moderate income families that have faced the brunt of the pandemic’s financial impact should be the targets for these payments.