California’s “Vaccine Lottery”: A COVID-19 Shot Could Earn You $1.5 Million 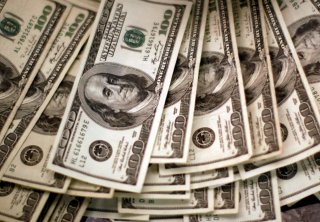 California has had one of the nation’s more successful vaccination rollouts. As of the end of May, 56% of Californians had received at least one dose of a COVID-19 vaccine, while 42% were fully vaccinated – both numbers surpassing the national average. However, vaccination numbers are dropping; the average number of doses has decreased from around 400,000 per day in early 2021 to slightly over 200,000 today. As California is projected to reopen fully on June 15, the government in Sacramento has stated its intention to boost vaccinations in the weeks leading up to that date.

Fortunately, California has an unexpected advantage in its rollout effort – cash to burn. Following an extremely chaotic year, the state unexpectedly ended the year with a massive $75 billion budget surplus, and has already committed to spending much of that money on a statewide stimulus check. In an effort to boost vaccination rates, California Governor Gavin Newsom has happily set aside $116.5 million for vaccination incentive programs, including a vaccine lottery.

Other states have attempted successful vaccine lotteries before; the idea has been used in Ohio and Maryland, and both states reported vaccination surges after the contests were announced. However, California’s “Vax for the Win” program is far and above the largest, both in terms of number of participants and dollar value. Ten winners of the statewide lottery will receive $1.5 million in cash. Thirty additional winners will receive $50,000 apiece, for a total of $16.5 million paid out.

The good (and bad) news is that everyone in the state who has received at least one dose of the COVID-19 vaccine is automatically entered, and no registration is necessary. All Californians who received the vaccine are eligible, even non-citizens and undocumented immigrants, although some categories of people (such as current prison inmates and certain health workers) are excluded.

The drawing for the smaller prizes will take place on June 4 and June 11, while the ten grand prize recipients will be chosen on Tuesday, June 15 – coincidentally the same day that California plans to fully reopen.

In addition to the $16.5 million lottery, $100 million of state funds have been set aside for a more mundane vaccination incentive: the next two million people who receive a shot will receive a free $50 gift card to a California grocery store. This half of the program is not nearly as flashy, but your chances of winning are much better.