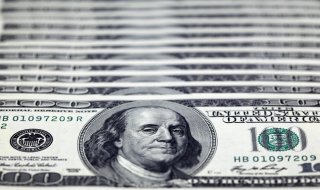 Amid the horrific COVID-19 pandemic, there has been a minor success story in California, America’s largest and wealthiest state. The California state budget is tied to the stock market, and the markets have done well in spite of the pandemic; this, in combination with generous federal aid and tax increases on its wealthiest citizens, has meant that the Golden State finds itself with a budget surplus of more than $75 billion for 2021.

California Governor Gavin Newsom has laid out spending priorities for this money. One of the most significant of these priorities was a “Golden State Stimulus,” an internal state-wide stimulus check.

This stimulus measure would cost the state just under $12 billion overall. It would consist of a one-time payment of $600 – plus $500 for each dependent – to all Californians making less than $75,000 per year, or married couples making less than $150,000 total.

The budget surplus and accompanying checks come as a bright spot for Newsom. The governor is facing a recall election in November, and has been implicated in several salacious scandals during the COVID-19 pandemic. In probably his most notorious incident, Newsom was photographed violating curfew rules to entertain a group of lobbyists at the French Laundry, an ultra-expensive restaurant in northern California.

Newsom’s detractors have argued that the stimulus measure is being used as a distraction from the upcoming recall election. However, the Newsom administration notes that the stimulus measure is codified into law. A 1979 ballot measure led by conservative Republican legislator Paul Gann placed a spending cap on California’s budget; when revenue exceeds this cap, the state is obliged to return the money in the form of tax rebates to Californians.

This measure has only been invoked once before, in 1987, when $1.1 billion in spending was returned to Californians. Even adjusted for inflation, however, the current proposal for checks would dwarf the 1987 payout.

Anti-Newsom advocates have also expressed their frustration that the payments are slated to also be sent to California’s undocumented immigrants, who file their state taxes with an Individual Taxpayer Identification Number, or ITIN. This is notable because undocumented immigrants have been excluded from federal stimulus checks and federal unemployment benefits. When pressed, Newsom argued that this was the “right thing to do.”

Ultimately, California lawmakers will have until June 15 to pass a 2021-2022 budget, with or without the stimulus measure. Newsom has suggested that if the budget was finalized and passed and included the stimulus measure, checks could be sent out within weeks.