One State Is Going Stimulus Check Bonkers (Any Guesses?) 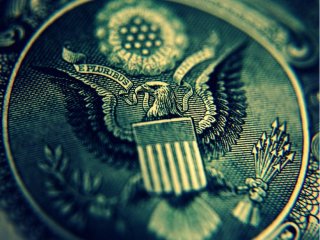 Gov. Gavin Newsom (D) introduced legislation on Monday that would send eligible California residents a second round of $600 state stimulus payments, with hopes of carving a smooth path toward economic recovery in the state as the bill expands direct payment eligibility to also include middle-class individuals and families.

Newsom also proposed that $5 billion go toward rental assistance for residents who have missed monthly payments, as well as nearly $2 million in direct payments for utility bills, initiatives that were chimed by legislative leaders on Monday.

The governor’s proposal sets aside $8 billion in direct payments for millions of eligible Californians from his nearly $100 billion stimulus plan that formed after a massive tax revenue bonanza, a surplus of nearly $75.7 billion.

Eligible recipients of the proposed $600 payment must be earning up to $75,000 in adjusted gross income. State officials noted that the expansion of the program, along with the first round of direct payments, would offer financial aid for 66 percent of Californians. Recipients, however, qualify if they did not receive a payment during the first round of state relief this year.

Newsom has also pushed for an additional $500 check for families with children, as well as $500 direct payments to immigrant families who don’t have legal status.

The bill, which still needs approval from the Legislature, is dubbed the California Comeback Plan, an effort that largely deflects the Republican-dominated push to recall him from office.

It also follows the governor’s first state stimulus initiative in February that provided low-income California residents with nearly $2.3 billion in stimulus payments. Those eligible for the first round of state aid were families that earned less than $30,000 last year and received California’s earned income tax credit for 2020. Also seeing the direct payments were households with individual tax identification numbers and an income below $75,000, households in the CalWORKs program—a program that provides cash aid and services to eligible families with children—recipients of Supplemental Security Income/State Supplementary Payment (SSI/SSP) and recipients of aid through the Cash Assistance Program for Immigrants.

And undocumented immigrant families who did not qualify for federal aid from the previous rescue packages received checks of up to $1,200 if they met the earned income tax credit qualifications.

Newsom approved of the first package to offer a stronger financial ledge for low-income families in the state as Congress was still negotiating President Joe Biden’s relief bill, which was approved in March. The first-term governor was also under seething pressure amid state-level relief negotiations, largely due to his handling of the coronavirus and the impact the pandemic had on small businesses.

“The backbone of our economy is small business. We recognize the stress, the strain that so many small business[es] have been under,” Newsom said in February. “And we recognize as well our responsibility to do more and to do better to help support these small businesses through this very difficult and trying time.”