CDC: 4 in 10 U.S. Adults at Risk for Severe Coronavirus Complications 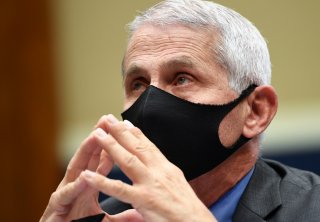 About four in ten American adults possess at least one underlying health condition that would place them at heightened risk for severe COVID-19 complications, according to a report published by the Centers for Disease Control and Prevention.

Among coronavirus-infected patients who needed hospitalization, the CDC was able to pinpoint within the group certain prevalent chronic health problems, such as obesity, Type 2 diabetes and kidney and cardiovascular diseases.

In a similar study that came out in late April, researchers discovered that among individuals hospitalized with the coronavirus in New York City, 57% had hypertension, 41% were obese and about 33% had diabetes.

In order to better gauge the prevalence of such health conditions across the nation, the CDC report tapped into statistical modeling based on the 2018 Behavioral Risk Factor Surveillance System, a comprehensive survey that included data on adults living in every county in the country. The total number of participants came to nearly 500,000.

“Counties with the highest prevalence of any condition were concentrated in Southeastern states, particularly in Alabama, Arkansas, Kentucky, Louisiana, Mississippi, Tennessee and West Virginia, as well as some counties in Oklahoma, South Dakota, Texas and northern Michigan,” the authors wrote.

The rates of chronic medical conditions were found to be generally higher in rural areas.

As coronavirus cases surged past 4 million in the U.S. on Thursday, the number of daily COVID-19-related deaths continue to climb, surpassing 1,000 for the third consecutive day. Hundreds of fatalities were recorded in Florida, California and Texas, where the contagion is known to be spreading at alarming rates.

Data from the World Health Organization shows that half of all coronavirus cases reported so far are from three countries: the U.S., Brazil and India. More recently, Hong Kong, Spain and Melbourne, Australia, are witnessing resurgences.

There are now more than 15.5 million confirmed cases of coronavirus worldwide, including at least 634,000 deaths, according to the latest data from Johns Hopkins University.