CDC: 40 Percent of People Infected with COVID-19 are Asymptomatic 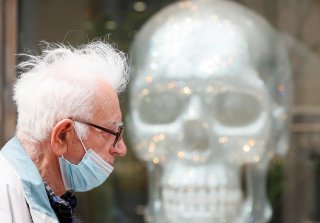 The CDC also included that the reproductivity of the virus “is likely to infect” 2.5 people, and asymptomatic patients are 75 percent likely to transmit the virus, according to the guidance posted on July 10.

The CDC added an “Infection Fatality Ratio,” which considers both symptomatic and asymptomatic cases and provides a more accurate depiction of the coronavirus’ “disease severity.”

The ratio said that 0.65 percent of people that have COVID-19 are predicted to die.

As of Monday, there are more than 3.3 million cases in the U.S. and around 135,000 deaths, according to Johns Hopkins University coronavirus data. In recent weeks, Florida has grown to be a new hotspot for the virus with almost 300,000 confirmed cases.

With the increase in asymptomatic patients and spikes in overall cases, the World Health Organization (WHO) also released new information about the coronavirus.

The WHO acknowledged that the virus may be transmitted through aerosols, even in a small room with poor-ventilation with people standing more than six feet apart. Before this, the WHO reported that the virus can be spread through droplets, which are much heavier and larger than aerosols.

“The most outrageous lies are the ones about Covid-19. Everyone is lying. The CDC, media, Democrats, our doctors, not all but most, that we are told to trust. I think it’s all about the election and keeping the economy from coming back, which is about the election. I’m sick of it,” Chuck Woolery, a game show host, tweeted. President Donald Trump retweeted Woolery’s post on social media on Sunday.

The rise in the number of asymptomatic patients is an emerging concern, especially among teachers and students deciding on going back to school in the fall. Trump and his Administration have been pressuring schools to remain open in the fall, with Trump threatening to defund them if not.

“In Germany, Denmark, Norway, Sweden and many other countries, SCHOOLS ARE OPEN WITH NO PROBLEMS. The Dems think it would be bad for them politically if US schools open before the November election, but is important for children and families. May cut off funding if not open,” Trump tweeted last week.

“There is so much evidence, yes scientific evidence, that schools should open this fall. It’s worldwide and it’s overwhelming. BUT NO,” Woolery tweeted, and Trump also retweeted.