Clorox Disinfecting Wipes Shortage Expected to Continue Into Next Year 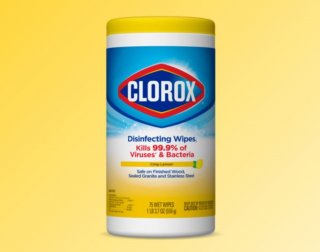 Clorox, the world’s biggest cleaning-products maker, has announced that consumers will continue to see a shortage of its popular disinfecting wipes well into next year, largely due to robust demand during the ongoing coronavirus pandemic.

According to the company’s outgoing CEO Benno Dorer, sales of disinfecting products have skyrocketed six-fold since the start of the global pandemic.

“Disinfecting wipes, which are the hottest commodity in the business right now, will probably take longer because it’s a very complex supply chain to make them,” Dorer told Reuters.

Clorox, which dominates the $1 billion disinfectant-wipes market with a 45% market share, noted that it ramped up production for its cleaning products in recent months, but it found that demand was still too high.

“Frankly, we thought we would be in a better position by now, but demand in Q4 exceeded our expectations,” Dorer told analysts during the company’s earnings call on Monday.

“We’re certainly not at all happy with our service levels for our retail customers on many products. We have a high sense of urgency on this with all hands on deck.”

Clorox’s anticipated shortage comes even though the California-based company typically sets aside additional supply for flu seasons, according to Reuters. In May, the company had its sights set on being fully restocked by summer.

“Given the fact that cold and flu sits in the middle of the year, and then we expect the pandemic to be with us for the entirety of the year, it will take the full year to get up to the supply levels that we need to be at,” Clorox President and CEO-elect Linda Rendle said in a call with analysts.

Sales within Clorox’s health and wellness division, which accounted for more than 40% of total sales and includes cleaning products and supplements, climbed 33%.

There are now more than 18.7 million confirmed cases of coronavirus worldwide, including at least 705,000 deaths, according to the latest data from Johns Hopkins University.

The United States has the most cases by far, with nearly 4.9 million confirmed infections and more than 158,000 deaths.