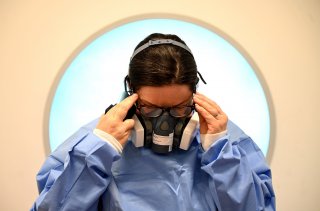 According to two new studies, those who have died from COVID-19 could have expected to live for another 10 years.

The findings from the studies show that the novel coronavirus isn’t only killing seniors and those with underlying health conditions who may have had only months to live prior to infection.

“Some people think that these people dying would have died this year anyway,” author of one study Andrew Briggs, a professor of health economics at the London School of Hygiene & Tropical Medical, told The Wall Street Journal. “That’s simply not the case.”

Some scientists have said this new data is proof that social distancing and shelter-in-place directives should remain in place to curb the further spread of the virus.

The other study was a paper by Scotland-based researchers that was published online by the Wellcome Trust, a London-based foundation that funds scientific research.

This particular study discovered that the average number of years cut due to COVID-19 for healthy adults was 14 for men and 12 for women. Briggs’ data put the U.S. average at 14 years and U.K. average at 11.

The two studies, which were published separately, looked at mortality data in several badly affected countries. The figures were then used to compare the age at which COVID-19 victims are dying with the region’s life expectancy. Also taken into account were the differences in life expectancy connected to common ailments, such as heart disease, diabetes and dementia.

An assortment of key data from Italy and the U.K. were used to gauge the long-term conditions often witnessed in COVID-19 victims and the general population. After accounting for years lost due to common chronic illnesses and cancer, the victims on average died about a decade sooner than expected. For the sickest patients, they lost between one and six years, depending on their age.

There have been more than 3.5 million confirmed COVID-19 cases worldwide and about 250,000 deaths due to the virus. Disease experts, though, have said such numbers likely underestimate the real toll.

Estimates regarding the fatality rate of those infected by COVID-19 can vary. According to a March paper published in the British medical journal Lancet, the percentage of Chinese citizens infected by the virus and later dying came in between 0.4% and 1.3%, while other figures have it closer to 3% to 6%.