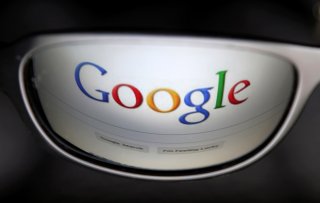 Alphabet, the parent company of Google, posted revenues of $38.3 billion for the second quarter of 2020. While those beat expectations, it represented a two percent decline- the first year-over-year revenue decline in its history.

“We’re working to help people, businesses and communities in these uncertain times,”  Sundar Pichai, Chief Executive Officer of Google and Alphabet, said as part of the announcement. “As people increasingly turn to online services, our platforms — from Cloud to Google Play to YouTube — are helping our partners provide important services and support their businesses.”

The company also posted a net income of $6.9 billion, compared with $9.9 billion at the same time the year before.

And while search revenue dropped in the quarter, advertising revenue rose for the YouTube division, albeit more slowly than usual.

The company did not announce a subscriber number for the YouTube TV service during the release or their earnings call. The service had 2 million subscribers as of the company’s earnings call in February, six months ago.

The company did address YouTube TV on its earnings call.

“The biggest factors here again this quarter were costs associated with our data centers and other operations including depreciation and then content acquisition costs primarily driven by content cost for YouTube TV at our paid YouTube Music and Premium subscription services, followed by costs for YouTube’s advertising-supported content,” Ruth Porat, Alphabet’s chief financial officer, said on the earnings call, per a transcript published by Alphastreet.

“We’ve had strength on our direct response as well through this quarter but on brand which was your question, we are obviously investing not just in YouTube main product, YouTube TV as well and so areas where we can offer a bundle advertisers are interested in streaming and so bringing that bundle together, especially to advertisers and upfront through YouTube Select is a big opportunity as well.”

The earnings release, like those of Apple, Amazon and Facebook, came the day after the CEOs of the four companies testified before an antitrust subcommittee of the House Judiciary Committee.

“Our advertising revenues gradually improved through the quarter and our non-advertising revenue lines maintained their strong performance particularly Google Cloud and Play. I will begin with a review of the quarter on a consolidated basis for Alphabet focusing on year-over-year changes,” Porat added.