Coronavirus Vaccination Program for Young Children to Be ‘Running’ Next Week 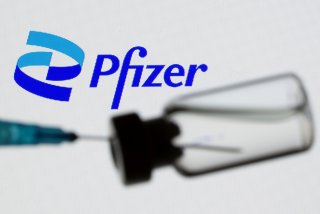 The coronavirus vaccine distribution program for children ages five to eleven is expected to be “fully up and running” next week if the U.S. Centers for Disease Control and Prevention gives full approval to Pfizer-BioNTech’s doses for that particular age group.

“Starting the week of November 8, the kids vaccination program will be fully up and running,” White House coronavirus response coordinator Jeff Zients confirmed during a media briefing on Monday.

“Parents will be able to schedule appointments at convenient sites they know and trust to get their kids vaccinated,” he continued.

Zients added that the Biden administration has already started transferring fifteen million vaccine doses from Pfizer so that immunizations of younger children could begin immediately at pediatricians’ offices, pharmacies, hospitals, and health centers.

Late last week, the U.S. Food and Drug Administration approved Pfizer’s vaccine for five to eleven-year-olds, with researchers estimating that the product was more than 90 percent effective in curbing symptomatic coronavirus cases.

The agency reported that, as of mid-October, nearly one hundred fifty children in that age group have died from the virus. In addition, coronavirus outbreaks since August have led to more than two thousand school closures nationwide that have impacted more than one million children.

Dr. Scott Gottlieb, the former commissioner of the FDA, had previously contended that having vaccines become available for young children is one of the keys to finally ending the current “pandemic phase.”

“On the back end of that, we’re going to have, hopefully, a vaccine available for children and, at some point before the end of the year, we probably will have the orally available drug from Merck if things go well and that undergoes a favorable review. I think those two things are going to be the bookend on the pandemic phase of this virus and we’re going to be entering the more endemic phase,” he recently told CNBC’s Squawk on the Street.

The sub-lineage only makes up a small percentage of overall cases in the United States, but health officials are still wary about its potential effects.

“We have teams that are constantly reviewing the genetic sequence data and looking for blips, an increase in a certain proportion or just something that’s completely new,” Dr. Summer Galloway, executive secretary of the U.S. government’s SARS-CoV-2 Interagency Group, told CBS News.

In the United Kingdom, the AY.4.2 now represents more than 11 percent of all cases of the Delta variant.