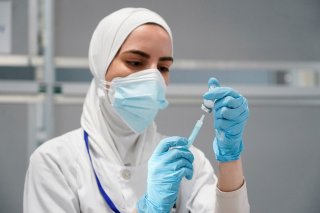 The new coronavirus variant called Mu has been found to be circulating in forty-nine states, with only Nebraska not to have a single case.

Both U.S. health officials and the World Health Organization are closely monitoring the fast-spreading variant that was first identified in Colombia, which seemingly has the potential to evade immunity provided by a previous infection or vaccination and could be more transmissible than the Delta variant that has become the dominant strain here in the United States.

Also known by medical experts as B.1.621, the Mu variant was recently added to the WHO’s list of variants “of interest.”

This variant “has a constellation of mutations that indicate potential properties of immune escape,” the WHO wrote in its Covid-19 epidemiological report, adding that Mu already has been seen in roughly forty countries.

“Preliminary data presented to the Virus Evolution Working Group show a reduction in neutralization capacity of convalescent and vaccine sera similar to that seen for the Beta variant, but this needs to be confirmed by further studies,” it added.

With nearly four hundred cases due to the new variant, California has been the hardest hit of all the states.

“The identification of variants like Mu, and the spreading of variants across the globe, highlights the need for L.A. County residents to continue to take measures to protect themselves and others,” Dr. Barbara Ferrer, director of L.A. County Public Health, said in a statement.

“This is what makes getting vaccinated and layering protections so important. These are actions that break the chain of transmission and limits Covid-19 proliferation that allows for the virus to mutate into something that could be more dangerous,” she added.

“If we don’t crush the outbreak to the point of getting the overwhelming proportion of the population vaccinated, then what will happen is the virus will continue to smolder through the fall into the winter,” the director of the National Institute of Allergy and Infectious Diseases noted in an interview with McClatchy.

“We’re very fortunate that that’s the case. There could be a variant that’s lingering out there that can push aside Delta. If another one comes along that has an equally high capability of transmitting but also is much more severe, then we could really be in trouble,” he continued.